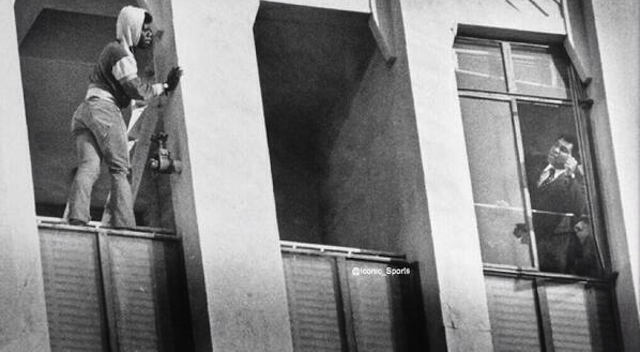 Muhammad Ali is recognised as a great man for his achievements in boxing, but this could be one of the greatest moments of his life.

Back in 1981, Muhammad Ali was hanging out in Los Angeles when he heard that nearby some guy was threatening to jump from the ninth floor of a building and end his life. Police negotiators, ministers and members of his family had all tried to reason with him but he still looked like he was going to jump, although crucially he hadn’t.

This was when Muhammad Ali got involved. Even though he had no idea who this guy was or anything about him, he volunteered to go up onto the ledge and talk to him, eventually managing to get him to come down after about 20 minutes of talking. What a hero.

You can check out a news report about the incident below: