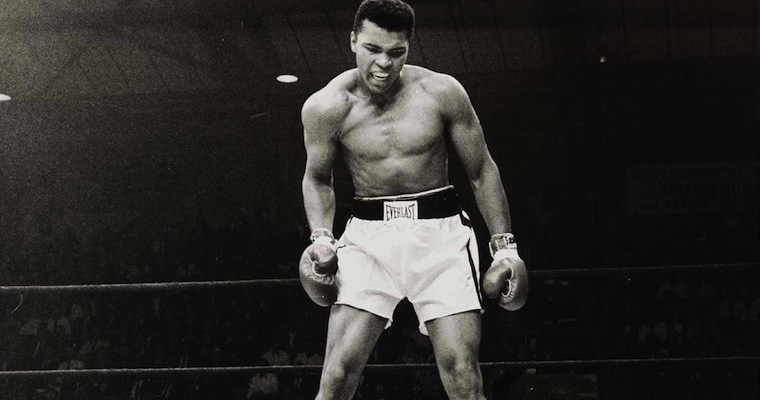 Rare interview footage from Muhammad’s hayday has surfaced on YouTube and shows the greatest fighter in the world explaining how he’d beat his opponents. Psycological warfare baby.

Muhammad Ali was a straight up G thang baby. My Dad always used to tell me that Mr. Ali was the greatest fighter to ever enter a boxing ring, and I’m sure he’s right. It would have been fantastic to have been able to have watched Muhammad fight back in the day. Imagine sitting ring side and watching the man himself fire two tonnes of shit into whoever he was fighting. It would have been a beautiful sight. Unfortunately we can’t witness Muhammad Ali fighting in the flesh these days because he’s all screwed up from getting punched too many times, but there are loads of videos of him fighting online, go watch some, they’re all true masterpieces. Now I hear you ask… “how did Muhammad do it? How was he such a G?” – well that question has now been answered….

â˜› Read Next: Boxing Day Carnage At The Westfield Centre

Rare interview footage from Muhammad’s hayday has surfaced on YouTube and shows the greatest fighter in the world explaining how he did it. It’s all down to psychological warfare, breaking down his opponents mentally before POW – taking them out after they’ve been ground down to a shadow of their former selves. Check out the video below and here’s some of Ali’s quotes to get you pumped for life.

â˜› Watch Next: Giraffes Have Insane Fight Over Chirpsing A Girl

Only a man who knows what it is like to be defeated can reach down to the bottom of his soul and come up with the extra ounce of power it takes to win when the match is even.

Life is a gamble. You can get hurt, but people die in plane crashes, lose their arms and legs in car accidents; people die every day. Same with fighters: some die, some get hurt, some go on. You just don’t let yourself believe it will happen to you.

The fight is won or lost far away from witnesses – behind the lines, in the gym, and out there on the road, long before I dance under those lights.