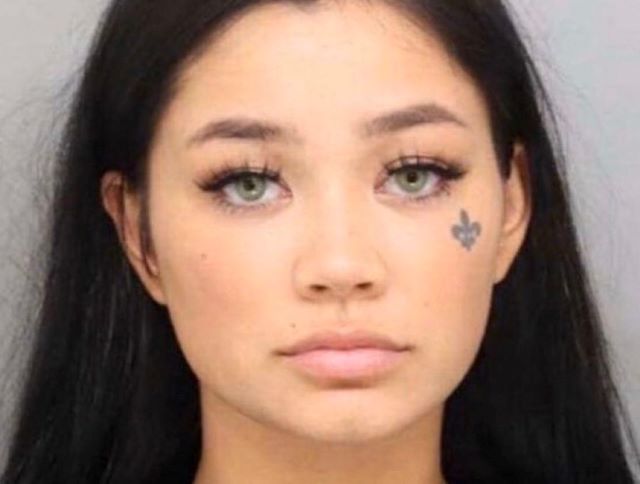 I fell in love about 10 times scrolling through these.

Ever since Jeremy Meeks’s mugshot went viral years ago, there’s been something of an appreciation for hot mug shot photos taken of conventionally attractive people who find themselves on the wrong side of the law.

As profiled by The NY Post, Twitter account ‘Mugshawtys’ is now dedicated to posting the charges and photos of women who look criminally attractive in their mugshots, and it’s got to the point where felons are inundating the owner of the page to post their pics.

A lot of people send me their own mugshots — I get probably 15 to 20 plus DMs a day of different ones. A lot of what I post is submissions. They definitely want some kind of exposure.

theft of identity, theft of property, and fraudulent use of credit card pic.twitter.com/d15d1n7sEb

engaging in prostitution (twins not the same girl) pic.twitter.com/4j2aY3LvrC

assault on a government official pic.twitter.com/bUxjZXaUqM

possession of a controlled substance and DUI pic.twitter.com/bM54MrMCOk

4th DUI and batter on a university police officer pic.twitter.com/jFon5OISGd

possession of a controlled substance pic.twitter.com/sr4m9hEG4K

DUI (drove her car through a Waffle House) pic.twitter.com/s9gF1gF7yM

DUI and possession of alcohol by person under 21 pic.twitter.com/fmiKq8qr6G

Why are these girls so keen on having their mugshots go viral on Twitter, you ask? Well according to the page owner most of them are not just seeking internet notoriety, but rather they want to reach men who might have bail money to help them out of their predicaments. Actually pretty smart.

Obviously we’re not trying to encourage any of the sort of behaviour that these ladies have been busted for, even if it could result in you becoming internet famous and finding yourself a sugar daddy to help you out in similar situations. But at the same time we’re not trying to tell you how to live your lives either. The world is your oyster.

For a man whose mugshot went viral because of his, um, ‘distinctive’ look, click HERE. Poor fella.