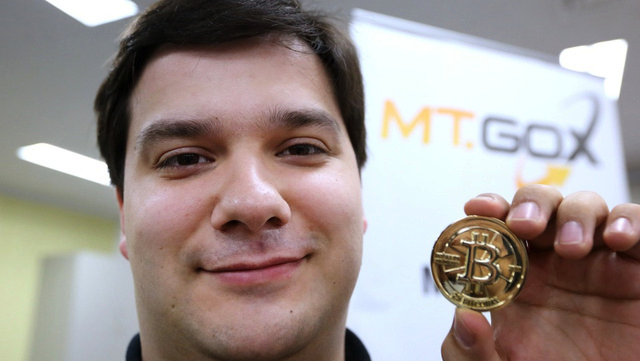 The most prominent online Bitcoin exchange shut itself down yesterday, taking all the money with it and making it impossible to get it back.

Mt. Gox was the most prominent online Bitcoin exchange site, but last night it shut itself down and it looks like it’s for good.

Now, when you go to the site you’re greeted with a blank screen and probably unfathomable fury as you have no idea how to get a hold of your Bitcoins and no idea how you’re gonna get the £20K you invested in them back. Shoulda sold up shop dummy because right now there is literally no way to get into Mt. Gox and claim your Bitcoins, and nobody from Mt. Gox is going to return your calls or emails either. You’re basically fucked.

According to a leaked document – which some are claiming may even have been leaked by Mt. Gox itself – the site has lost 744, 408 Bitcoins (around $350 million) since its inception due to fraud and theft that was never reported and has nowhere near enough money to satisfy its existing companies. As such they decided to simply shut up shop and do a runner and because it’s Bitcoins and the currency doesn’t really exist, technically they don’t owe anything to anyone. What’s even better is that financial regulators in Japan – where Mt. Gox is based – are refusing to interfere with the situation because virtual money isn’t their problem. Oof.

It’s quite possible that their CEO Mark Karpele has disappeared with millions of dollars of his customers’ money, but it’s also true that he might not have any himself either. The first option is a hell of a lot more likely though. Whatever happened to Karpele though, if you’re using Mt. Gox and had a lot of money invested in Bitcoins on there though, you’re pretty much fucked. Bet you’re glad you didn’t bite the bullet and invest now, huh?

The rest of the Bitcoin community are trying to salvage the situation for everyone though and the heads of several other exchanges released the following statement:

‘This tragic violation of the trust of users of Mt.Gox was the result of one company’s actions and does not reflect the resilience or value of bitcoin and the digital currency industry. There are hundreds of trustworthy and responsible companies involved in bitcoin. These companies will continue to build the future of money by making bitcoin more secure and easy to use for consumers and merchants. As with any new industry, there are certain bad actors that need to be weeded out, and that is what we are seeing today’.

So, hopefully Bitcoin isn’t well and truly fucked over this but if you had your stock in Mt. Gox then it’s going to be an interesting journey trying to get it back. Let us know how it goes if you’re one of those lucky people. As for everyone else, well, now might finally be the time to start investing, that is if you have any confidence left in the industry.