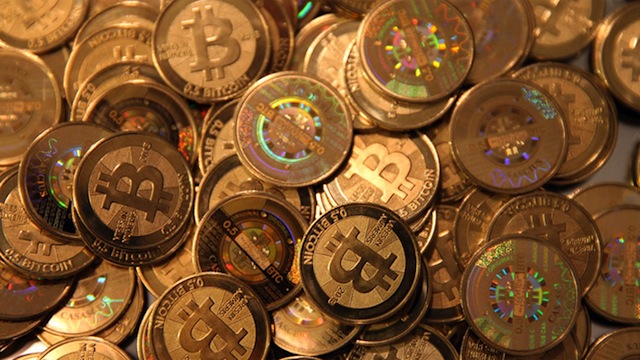 Hereâ€™s why you need to stop what you are doing right now, pull up your pants and go buy a Bitcoin.

You’ve heard the news, you’ve read the paper, you’ve even got a mate who won’t stop talking about Bitcoins. Here’s why you need to stop what you are doing right now, pull up your pants and go buy a Bitcoin.

What the hell is a Bitcoin?

Bitcoin is a decentralised digital crypto-currency made of Internet and magic. Holders make payments to each other for goods and services just like any other currency, except there are no banks involved. Bitcoin is stored in digital wallets synchronised with a global public ledger of transactions called the blockchain. Only you have the key to your wallet and only you can move your Bitcoins.

Paying with Bitcoin is about as hard as scratching your balls, and once sent you can forget about waiting 5 working days whilst your bank manager plays another 9 holes, payment recognition on the network is near instant and fees are near zero. This shit was made for the future.

What does decentralised mean?

Decentralised means that everything required for the system to run is publicly available and distributed amongst users on the net, no banks are involved in the transfer or storage of the currency.

The cryptographic nature of Bitcoin makes it secure as fuck. Scientists argue the laws of thermodynamics show Bitcoin cannot be hacked and the computational energy requirements for such a brute force attack literally exceeds the energy stored in our solar system. Either way Bitcoin security makes the Federal Reserve look like a lame donkey.

OK – I’ve sold both kidneys and lung, I want in.  But what if it crashes?

With positive endorsements from the US Senate and the Peoples Bank of China over the past few weeks, the political barriers to global mass-adoption are evaporating. Bitcoin is off the blocks and set to revolutionise the efficiency of every global industry on our planet. Bitcoin is the future of money and every major superpower is planning crypto-currency adoption strategy right now, today.

Before shouting “Ponzi Scheme”, “Bubble” or “tulip-mania”, take time to understand the blockchain and think about the true economic value such a system brings to humanity. With inspired secondary applications as left-field as land/property registration or secure political vote-counting being considered, there is a compelling argument that Bitcoin ranks with the rise of the Internet and the proliferation of the PC in its potential to utterly reshape the planet. Bitcoin isn’t going back in the box.

Tech savvy hedge funds are adopting crypto-currency as an asset class.  This is because Bitcoin investment is outstripping nearly every asset category on the books. A high performing hedge fund might aim for 15% annualised return on investor capital – Bitcoin investments have appreciated 10,000% this year.

Let me put that into perspective – had you invested £1,000 in Bitcoin one year ago your investment would be worth over £100,000 today (Dec 2013), the frankly ludicrous trend is showing no signs of slowing down either – and is currently accelerating like a bastard.

Right now a hedge fund that fails to adopt crypto-currency denominated asset holdings is less able to compete with those that do. It is adopt or die. In homage to Bitcoin’s organic proliferation to date it seems wonderfully Darwinian that survival of the fittest is breeding the next super-phase of mass adoption. Bitcoin is about to go full retard.

So how big is Bitcoin?

Get your head round this. Recently in China the QQ virtual currency (by Asian social media giant Tencent Holdings) rapidly grew to represent a whopping 13% of the entire Chinese Cash economy. QQ was widely accepted in shops and public areas until the Government served Kibosh on TenCent and they reigned it in overnight. Post QQ the Chinese have been socially and technologically crying out for Bitcoin and in late 2013 Bitcoin adoption rate in China alone was a staggering 40,000 users PER DAY.

Experts conservatively agree that if Bitcoin is adopted as a transactional medium for just 1% of global finance, then each Bitcoin will hold a value upwards of $100,000. This might sound far-fetched but the vast majority of crazy Bitcoin estimates have fallen far short of the mark. Frankly they have not been crazy enough.