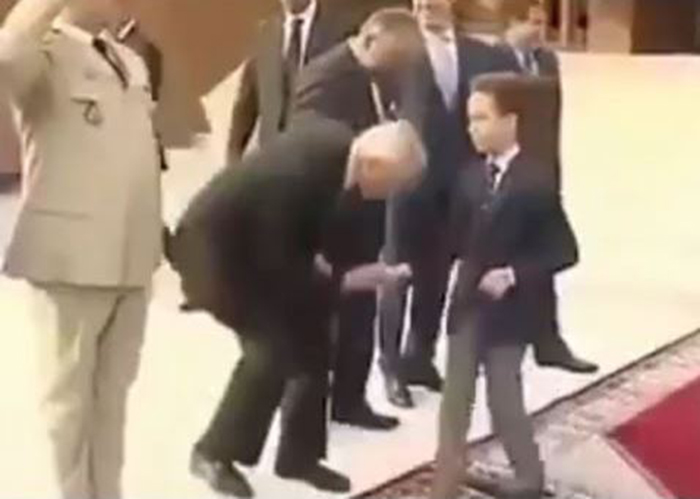 You can’t hate anything more than this kid hates being kissed on the hand.

As the Crown Prince of Morocco, 12-year-old Moulay Hassan has certain duties he needs to carry out, and I guess one of those is walking along a line of guests who all have to bow down and kiss his hand.

Moulay really, really doesn’t seem to enjoy this however, judging from his reaction each time someone tries it:

Moulay might need to follow tradition now that he’s a 12-year-old prince, but one day when he’s well and truly running things you can bet this hand-kissing things becomes a thing of the past. The kid’s 12 years old FFS, he doesn’t want to be kissed on the hands. He wants to be dapped, high-fived, spudded maybe. Even condescendingly ruffling his hair would be better than kissing him on his hand. 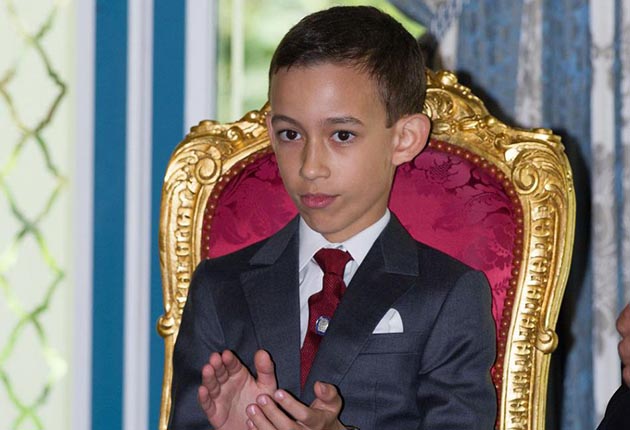 P.S. Not sure why all the other old dudes insist on trying to kiss his hand after he obviously hated it the first few times. They made themselves all look like mugs on national TV. The kid probably doesn’t even fancy girls yet, no way he’s going to let a bunch of old timers smooch him on the hand.