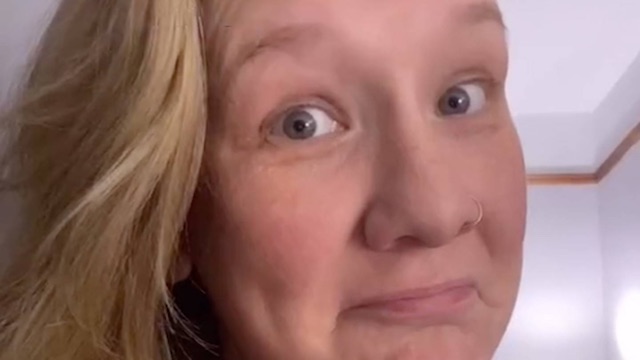 I’m not really sure if I would have wanted to complicate the experience even further by getting a condom involved as well for what some people term a ‘posh wank’, but this is the advice that a Minnesota born mother of three named Shug has decided to put out via her TikTok account.

@lackofimpulsecontrolSelf-Exploration (both physical and mental) is super common across the lifespan. This #BodyTalk promotes safe standards AND a helps laundry woes! #FYP

I’m going to say something a little controversial, but I promise it makes sense, so hear me out.

We all know that it’s normal, natural, and healthy for kids to explore their bodies, right? But for people who have a penis or are penis-adjacent, that exploration changes when they hit puberty.

And that exploration can need a little bit of clean-up. I know there’s all the tropes about lotion and Kleenex and crispy towels and gym socks and whatever. But hear me out…

What if, because we are trying to encourage safe sex practices, we give people things that provide protection…LIKE CONDOMS!”

Think of it. Easy clean-up, they learn how to put them on, and they get used to what they feel like. So there’s never any discomfort when they do become ready to go with a partner.

What a magical world where a person with a penis, their first instinct when they become aroused is to grab protection.

I suppose that does make sense and is a pretty good idea for more than one reason. There’s not really a disadvantage to it other than that it might be a bit expensive and a bit awkward whacking one on all the time. I guess Shug will probably provide her children with them though because she’s such an awesome progressive mom – sure that won’t be a supremely uncomfortable moment for everyone involved.

Haven’t even though about disposing of them yet either. Maybe this isn’t going to be the revolution that Shug is hoping for, but I guess you have to rate her heart being in the right place.

For more of the same, remember when condoms were sold out everywhere last year? People were putting them on their fingers to protect from Coronavirus.