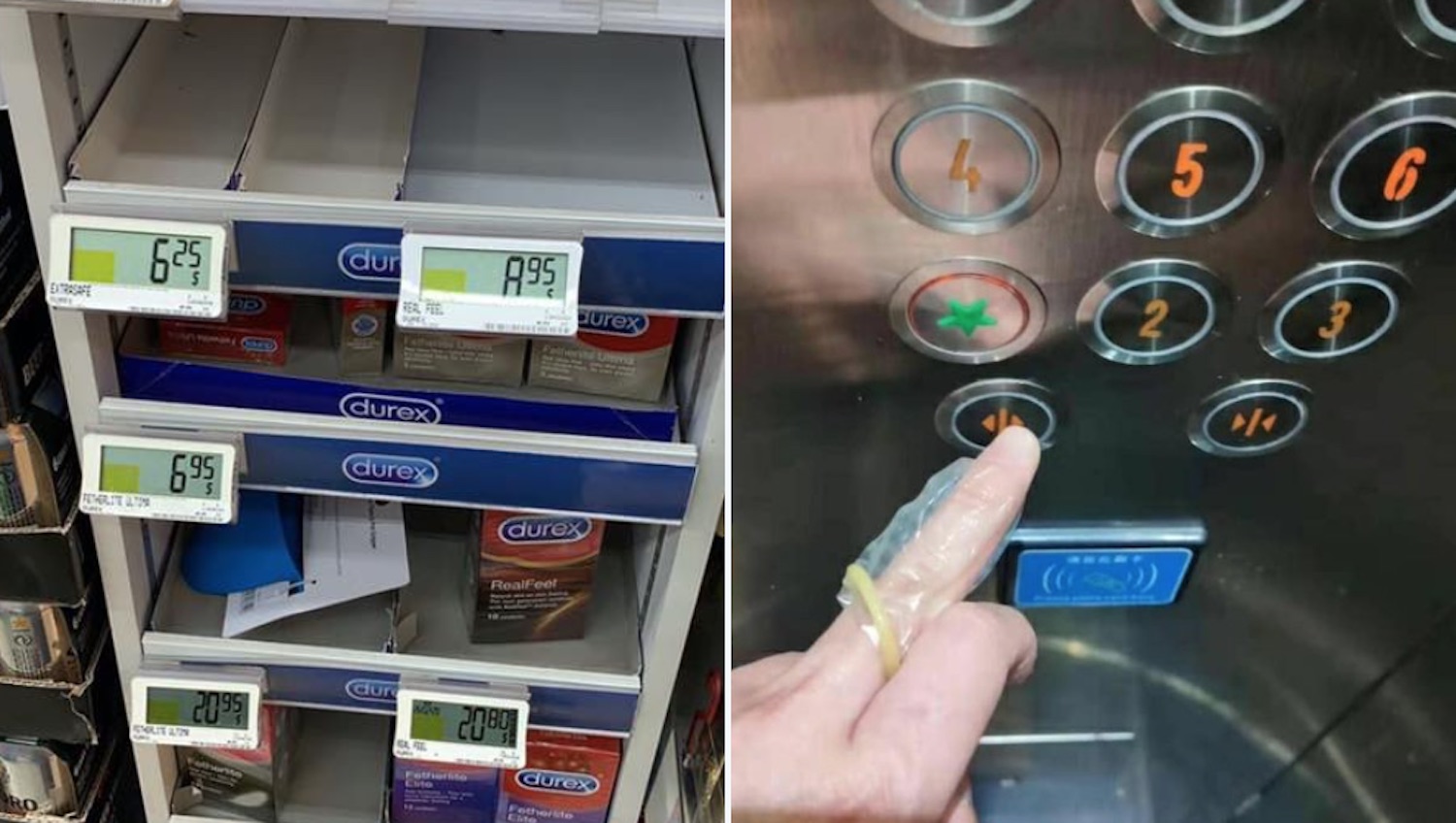 As the Coronavirus epidemic continues to get worse and worse, the reactions towards it are becoming more and more stupid.

Yesterday we heard the news that toilet paper, Pot Noodles and pasta were selling out at supermarkets all over the world as people panic bought for a quarantine that will probably never happen, but today we may have reached peak stupidity with the news condoms are now selling out as people are putting them on their fingers to fight against the disease. Whatever next?

This isn’t actually happening in this country yet, but pictures have been doing the rounds on social media of empty Durex condom shelves in Singapore and Australia – I guess maybe we’re smarter over here than dumbasses in those countries? Or maybe it’s just a clever viral marketing campaign from Durex to try and big themselves up as makers of the best all purpose condoms out there? Anything’s possible these days.

what Singaporeans are using condoms for because of the coronavirus. 🤣😭 #coronavirus pic.twitter.com/CzfMU4iNBV

Condoms in Singapore sold out amidst coronavirus fear. Since Singaporeans have been using the condom as a protective measure when touching the elevator buttons in their apartments and other buildings to prevent being contaminated. pic.twitter.com/uGfghE4ZNy

I mean I almost feel like this is a joke to try and make light of how stupid people are being about the spread of Coronavirus, but given how quickly it’s spread over the past couple of months and how upset people are getting about it, I also feel like it totally isn’t. I just hope that we don’t see condoms running out in this country as well.

The other point to make about all this is that it clearly shows that people aren’t using condoms as much as they should be for their main purpose of stopping the spread of STDs. Kinda seems like they aren’t selling that many to begin with and then a bunch of people bought them for use on their fingers, rather than they’re selling millions every week and a couple of people bought them to put on their fingers and now they’re sold out, right? World is just getting stupider.

For more of the same, check out this guy who locked his wife in the bathroom after he suspected her of having Coronavirus. Needs must hey.