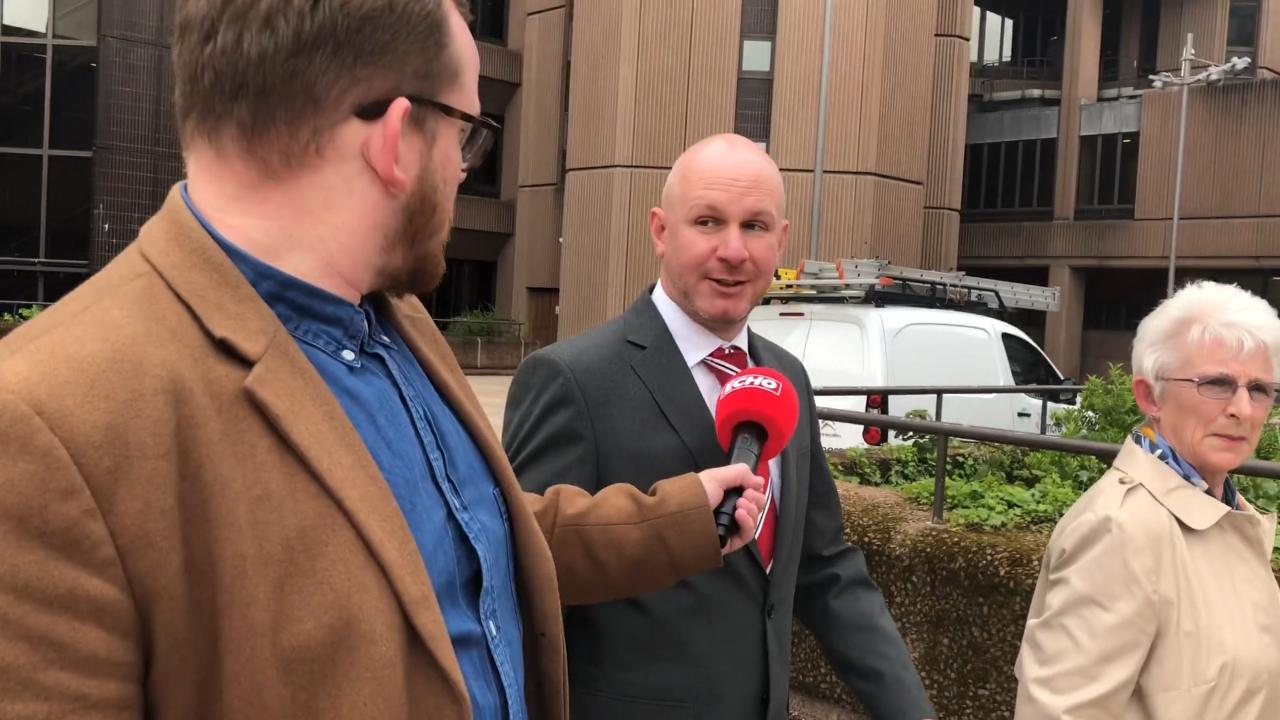 I think if there’s one thing that most people can agree on, it’s that paedophiles are the scum of the Earth and should all be locked up for life due to the risk of everything that they could potentially do to children. But how would you think about them if one of your children turned out to be one? How would you feel then?

This question was answered yesterday by Kate Renshaw, who accompanied her 34 year old son Damien to his sentencing after he had plead guilty to three counts of creating/downloading hundreds of child sex abuse images. After Damien was somehow spared a prison sentence – due to some sob story about how his marriage breaking down and the fact that he was an alcoholic, which apparently led him to look at pictures of young kids getting raped – he and his mother walked out of court smirking:

Yeah that’s pretty gross behaviour but I suppose you have to stick up for your own flesh and blood no matter what eh? I don’t know how I would feel if someone I knew turned out to be a paedophile but if it was my child I might act like this or completely cut all ties with them, I just don’t know. I hope I never have to find out.

Renshaw was given a community service order for three years, ordered to attend a rehabilitation activity for thirty days,  ordered to join an accredited sex offender treatment program, undergo 120 hours of unpaid community service, become the subject of a sexual harm prevention order for five years and will have his tablet computer and USB storage drive destroyed. All of that kinda sucks but he should probably really be going to prison for possessing so many images, even if there is no evidence of him acting on his urges. Needs to be punished.

For more of the same, check out what happens to paedophile in Russia. Brutal.