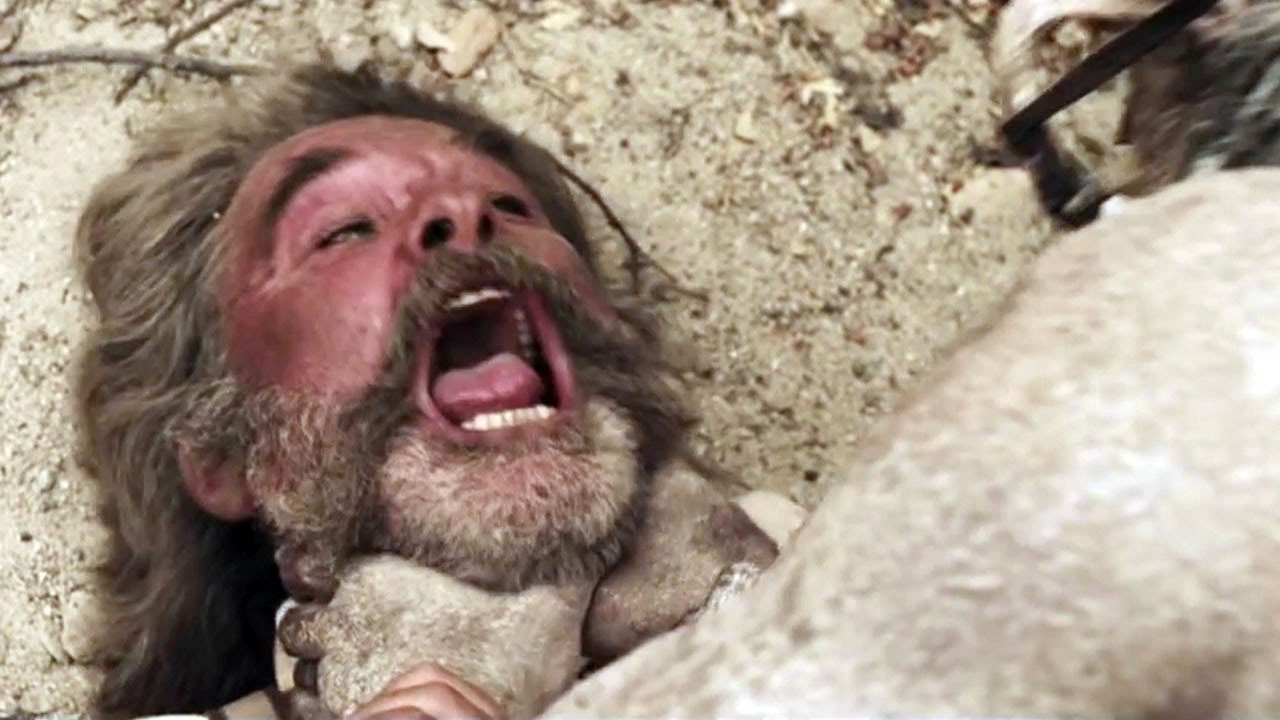 Bone Tomahawk is the story of a bunch of cowboys who get captured by some cannibals.

Bone Tomahawk is a new movie starring Kurt Russell, Matthew Fox and Patrick Wilson that tells the story of four cowboys who set out to rescue some kidnapped settlers but end up getting captured by a bunch of cannibals themselves. It’s equal parts western and horror movie and is getting a bunch of favourable reviews which will probably see it turn into a cult classic when it’s released in the UK next February.

It’s surely going to gain a lot of notoriety for the absolutely gruesome death scene that you can find below. Normally I would just say watch it and see for yourself what happens because I wouldn’t want to spoil it, but this is particularly disgusting so I’m going to do a summary of it so you can choose whether you want to check it out or not. Spoilers too, obviously.

Basically Kurt Russell is locked in a cage and his buddy Matthew Fox is stripped naked in front of him by these cannibals. They then proceed to scalp him with a bone tomahawk, stick his scalp in his mouth and make him eat it and then whack it down his throat with the tomahawk.

That’s not all though as he’s then flipped upside and sliced in the gooch repeatedly with an axe until he’s almost split in half but not quite. The cannibals then physically pull him apart. He’s still screaming throughout all of that and the sound effects are particularly gross too.

You up for that then?

Ooof. That is not so good. It’s definitely made me want to see the movie, probably even more than I did previously. Apparently it isn’t like this all the way through and mainly features the four cowboys just talking shit to each other most of the time, which sounds pretty great to me.

Anyway, you can also compare it to this death scene which has been given the title ‘the worst ever’, only for a completely different reason.