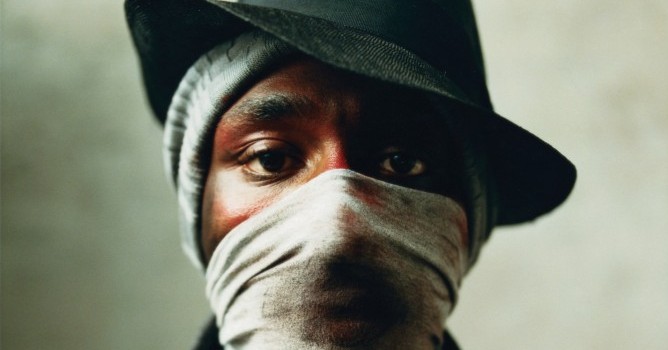 Bringing attention to the force feeding procedures of Guantanamo Bay and to mark Ramadan, Yasiin Bey (aka Mos Def) undergoes those very techniques.

For those unfamiliar with Ramadan, a quick bit of insight; Ramadan is the ninth month of the Islamic calendar, and Muslims all over the world hold this month as a month of fasting. During this period of 29-30 days, practising Muslims will fast between sunrise and sunset; refraining from the consumption of foods, drinking liquid, smoking, engaging in sexual relations and in some cases swearing too. This annual fast is taken as one of the Five Pillars of Islam; five basic acts that are deemed to be obligatory for any believers in Islam, that are considered to be the very foundation of Muslim life.

So there’s a quick bit of background information for you, and about as much history as I’ll be covering here. This year, Ramadan will be commencing from the 9th of July, or, seeing as a holiday on the Muslim calendar starts on the sunset of the day before, this year’s Ramadan will be technically beginning tonight on Monday the 8th of July, after sunset. The reason I bring this up is because there’s just something about Muslims that the American government really like, and they’re always inviting them over for indefinite stays in one of their finest holiday camps at Guantanamo Bay.

Unfortunately, some of U.S. government’s guests just aren’t at all grateful, and for this reason some of them go on hunger strike. It’s a completely unappreciative protest, that just spits in the face of their hosts’ generosity. Something to do with being held without trial they say. Who holds a trial before they have friends come over to stay? That’s just ridiculous. I mean, I stayed over some friends’ new flat on Saturday and the only trial I recall was a day and night long drinking session. Unless that’s what they mean to, which is fair enough then really. Shame on the U.S.A.

Anyway, regardless of who’s right, who’s wrong, who’s abusing whose human rights, who’s a terrorist and who’s completely innocent; the American government have a way around these hunger strikes — the techniques of which were recently leaked. In respect of this leak, and Ramadan’s approach (with a number who will end up being force fed wanting to observe the fast, alongside any hunger striking  they might be undertaking), human rights organisation Reprieve have gotten together with BAFTA award-winning filmmaker Asif Kapadia and renowned rapper/actor Yasiin Bey (aka Mos Def). The trio have recorded and released a video to coincide with the start of Ramadan in which Bey undergoes the standard practise for force feeding any detainees, sorry, guests of Guantanamo Bay.

This video is just over four minutes long, and was willingly undertaken. In Guantanamo the procedure can take up to two hours; more aggressively, unwillingly, and doesn’t stop when asked. Under continuing pressure from human rights groups and Islamic organisations, the U.S. government have stated that barring unforeseen emergencies or operational issues that it will respect the daylight fast by trying only to force feed 45 detainees at night.

Ibraham Cooper, spokesperson for the Council On American-Islamic Relations, has said ‘We believe it’s wrong to force feed at any time but it’s particularly upsetting to do it through Ramadan.’ However, ‘it’s not just a religious issue, it’s also an issue of human rights issue in violation of international norms and medical ethics.’

â˜› Read Next Whilst Listening To Some Mos Def And Not Whinging About Your Diet:

What Does Our Reaction To Lee Rigby’s Murder Tell Us About Our Own Problems?