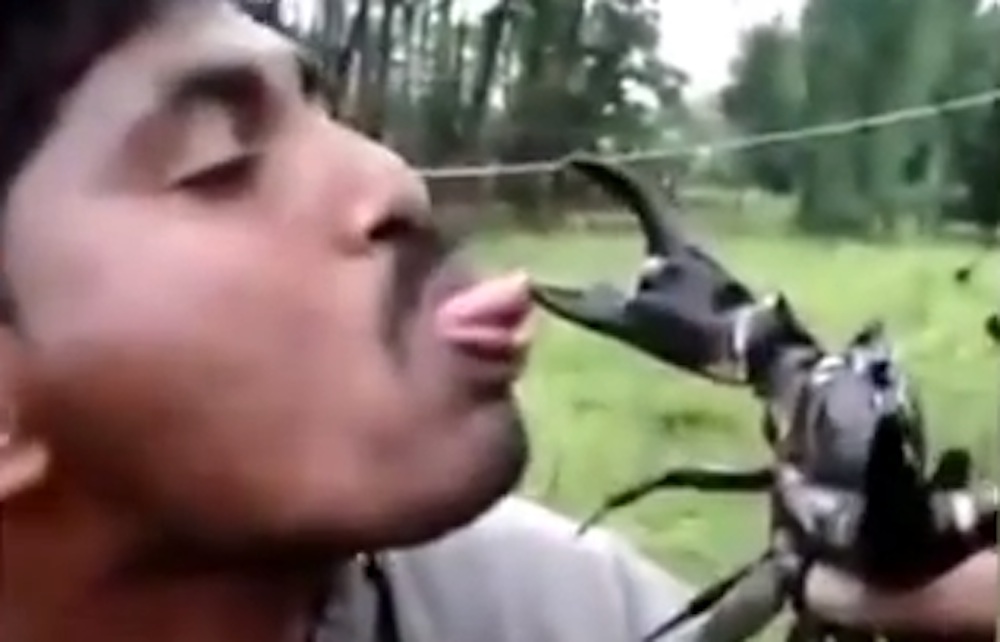 I don’t know where these guys are from or what there is to do around there, but I would have thought there was something more fun to do other than sticking your tongue in between a crab’s claws and moving it out of the way before it grabs it? Surely?

It seems like there isn’t though and this rudeboy likes nothing better than to fool around with this giant crab in his spare time. The thing is, we all know that the more he dodges his tongue out of the way of the claw, the cockier he’s gonna get and it’s only a matter of time before the crab gets his tongue and causes him a whole world of pain.

About 20 seconds actually. That’ll teach him to mess with crabs. Be thankful it wasn’t a coconut crab too – those critters are lethal.