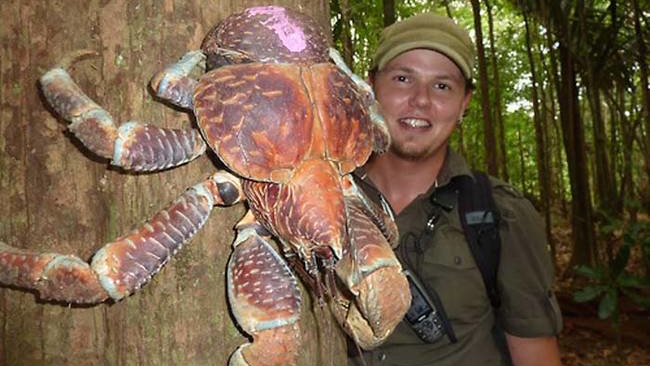 Giant crabs are actually a reality.

Giant crabs like this one probably aren’t real, but the next best thing is known as a coconut crab which is definitely big enough to scare the shit out of me.

The coconut crab is so called because of its love of coconuts (thank God it isn’t called the human brain crab) and loves them so much that they’re actually known for climbing up trees in order to grab them. The little fuckers are also completely massive and can grow up to the three feet long and weigh ten pounds. I would not want to mess with one.

Fortunately they don’t bite and only use their claws when they’re in immediate danger (and for breaking open those delicious coconuts) so it doesn’t seem like they’re going to be coming after us any time soon. I wouldn’t put it past the little fuckers though. The good news is though that they only inhabit a small part of the world in some of the weird small islands in the Pacific and Indian Oceans, so the chances of most of us reading this ever encountering one is pretty slim. I’m thankful for that.

Interestingly, unlike most other crabs they only live on land and will drown if submerged in water, so if ever you do encounter a violent one you know how to get rid of it now. 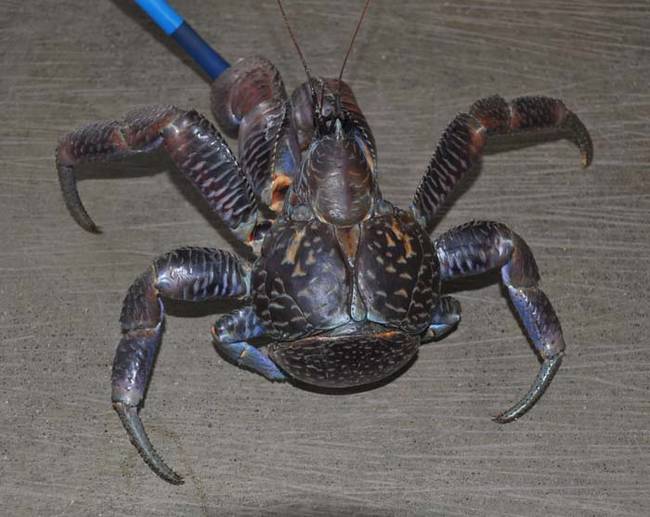 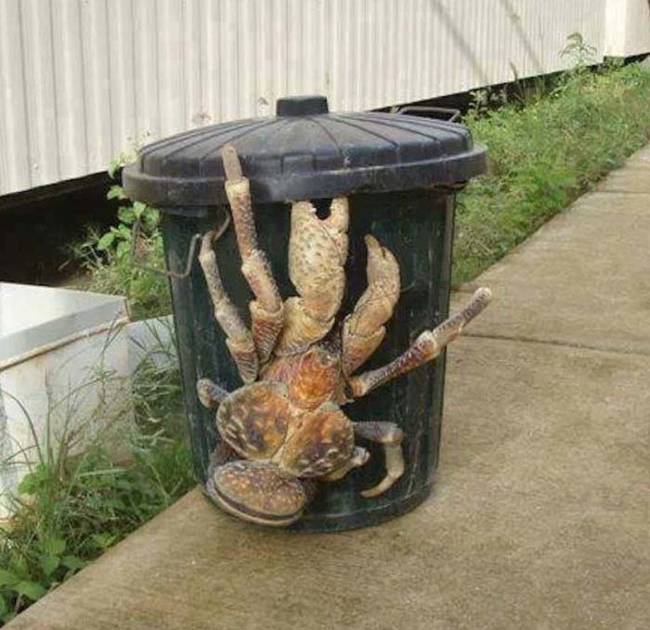 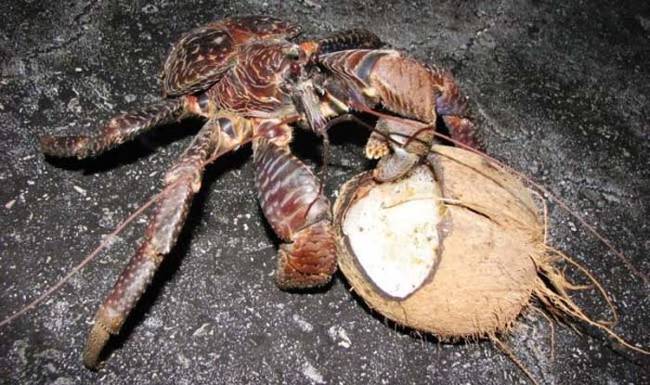 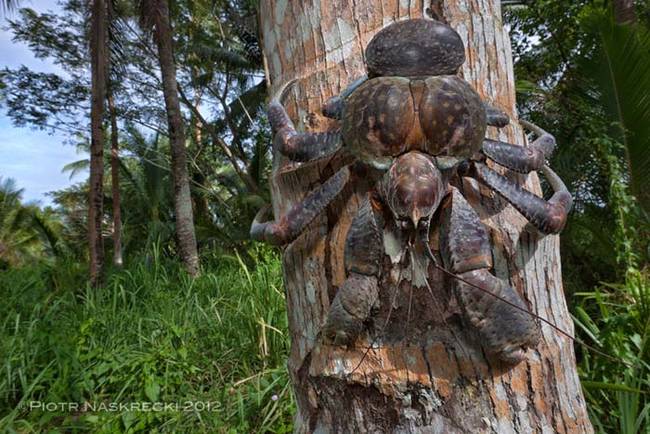 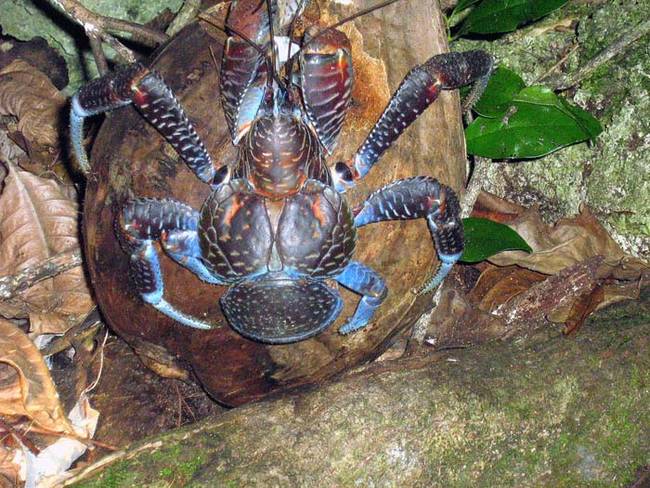 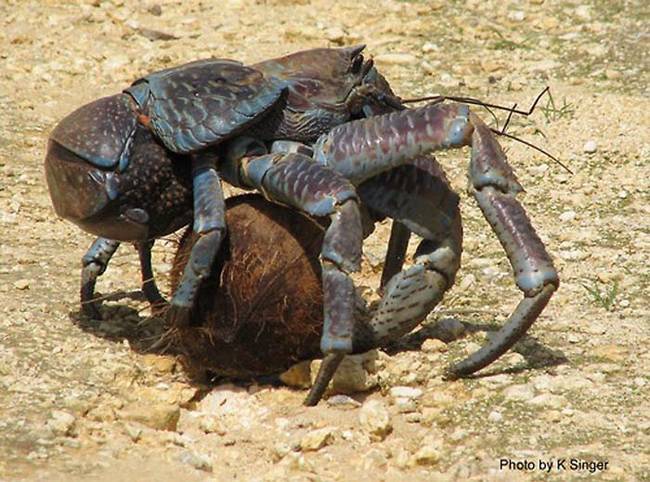 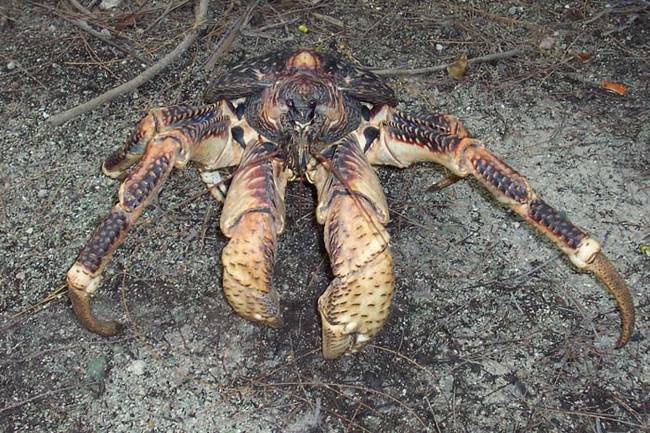 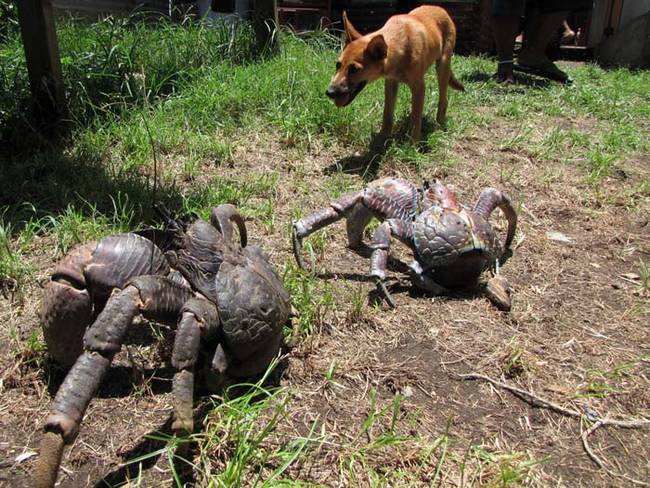 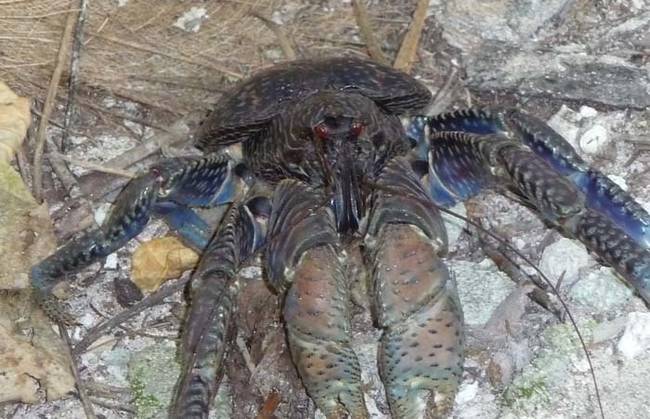