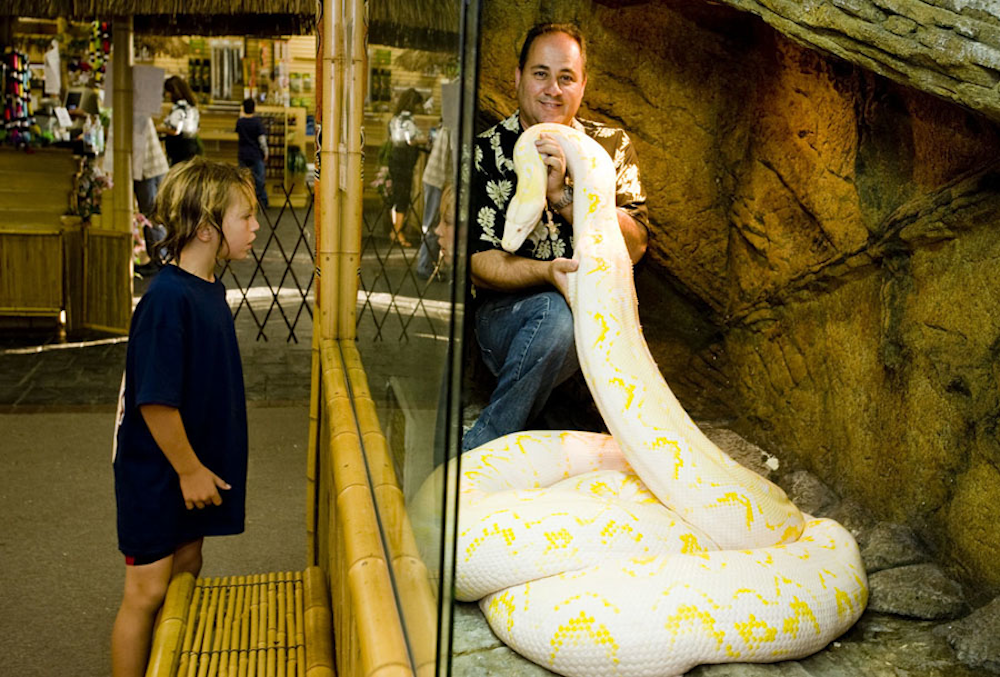 I don’t know who this guy Jay Brewer is, but he seems to think it’s a good idea to hang out in a cage with three giant snakes like it’s not big deal.

He then acts really surprised when a really creepy albino python starts attacking him and pretty much scaring the crap out of him and winning – he even manages to bite his arm but unfortunately doesn’t get him in the face, which is probably what everyone watching this video would want to happen because he’s so cocky and annoying. He’ll be hoping that that python doesn’t learn how to open its cage door like this snake so that it doesn’t come looking for him, because it doesn’t seem like it likes him at all, despite Jay’s insistence that they’re normally really good friends. Yeah right pal.