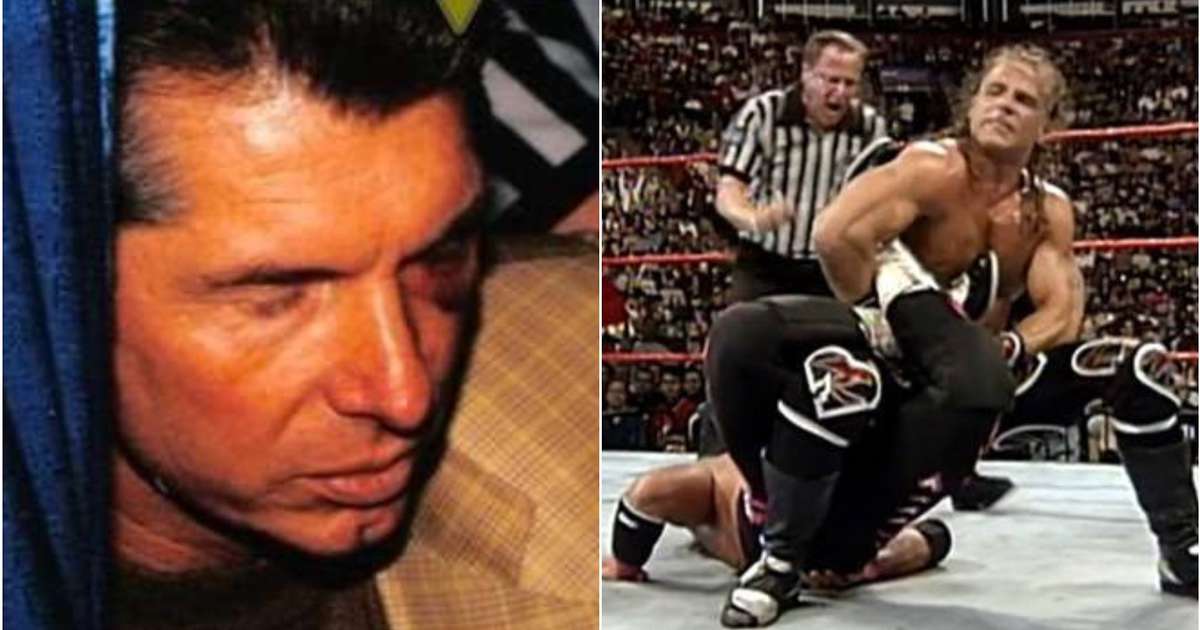 The night the script went out the window.

Everyone knows pro wrestling is staged, but what happens when you’re Vince McMahon and your biggest star/world champion is refusing to lose on home soil in his final match the day before he leaves to go and join rival company WCW?

That was the situation when Bret Hart was due to face Shawn Michaels in Montreal, Canada back in November 1996, and it resulted in one of the most baffling and infamous finishes to a wrestling match in history as Shawn Michaels put Bret Hart in his own submission move, and the ref rang the bell despite Bret Hart thinking there was going to be a DQ/non-finish at the end.

After the match as it dawned on Bret Hart that he just got screwed in his own country, he spat in Vince McMahon’s face and then knocked him out backstage.

Things would get worse for Bret Hart from there as a couple years later his brother Owen (still employed by WWF) died in a tragic in-ring accident and then Bret himself was retired early after Bill Goldberg gave him a heavy concussion in WCW.

It was a really complex situation and the whole incident is covered in the excellent Bret Hart documentary ‘Wrestling With Shadows’, which you can watch below if you’ve got an hour or so spare: