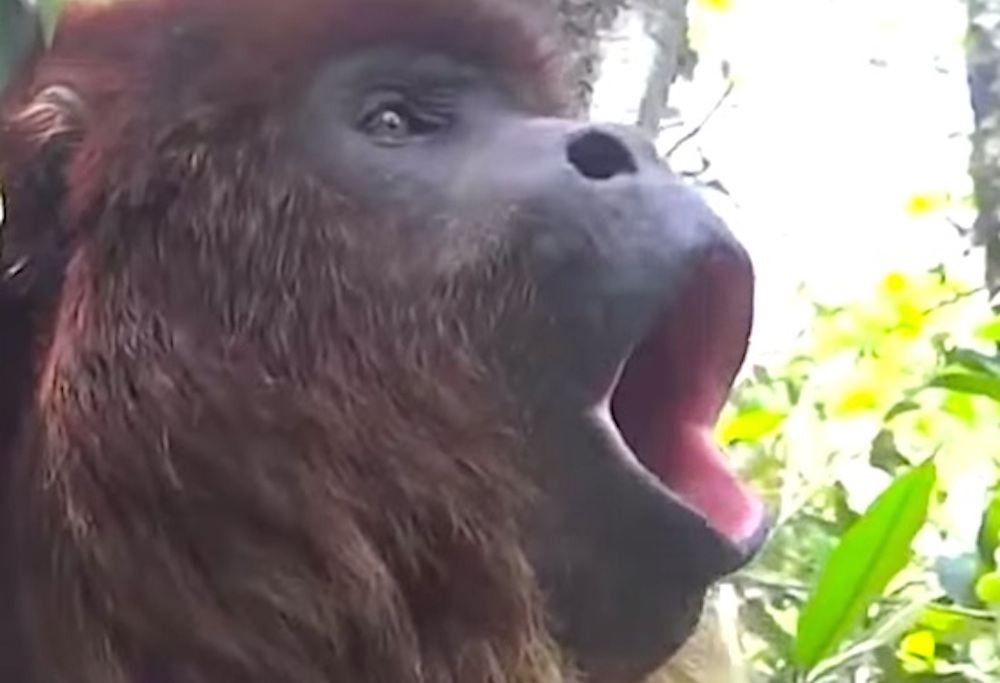 Any bands out there need a new vocalist?

Death metal has to be one of the most ridiculous music genres out there as it’s basically just a load of down tuned guitars playing really fast over double bass drums with some guy growling incomprehensibly over the top of it. Despite this it’s actually a pretty big deal and has a large following. I don’t get it, but hey if that floats your boat then fair play I guess.

I’ve got to admit though that the death metal growl is impressive. I mean how the hell can a human do that guttural sound for so long night after night after night? I literally have no idea but it might have something to do with the fact that humans are descended from apes and some apes are able to do an even more impressive growl than even Dani Filth. Maybe his ancestors are related to this kind of ape or something? It’s the only explanation I can come up with.

But seriously if Cradle Of Filth or any of those other death metal bands ever need a new singer, just head to the jungle and pick this guy up. Probably way less drama than a prima donna frontman too. Or failing that, maybe try this 6 year old girl who’s also pretty handy with her throat.