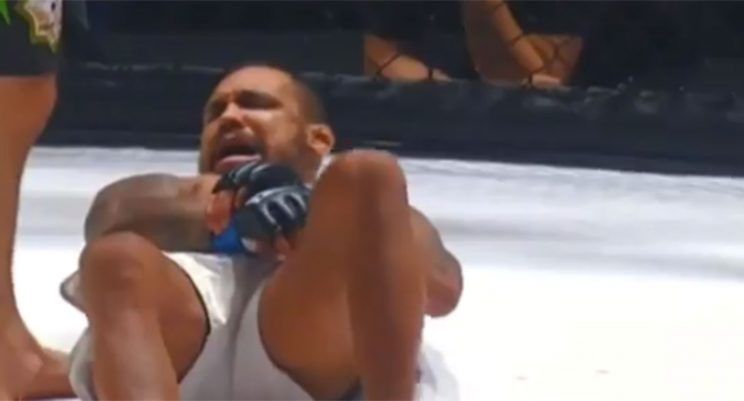 Just listen to it snap.

A fight between MMA fighters Luiz Dutra and Abubakar Vageav at WFCA ended after just 18 seconds when Luiz threw a punch so hard, he dislocated his own shoulder. Own goal.

During the fight, which took place at WFCA 34 on Saturday, the 34-year-old attempted a brutal right hook to Abubakar with a little bit too much force. After his shoulder pops out of its socket, Luiz falls to the floor in agony:

Ooft. Did you hear that snap as it popped out of place? That must’ve hurt like a bitch. Luiz was swiftly seen to for his injury:

The injury might have healed, but I’m guessing his ego is going to be bruised for quite some time. His fight was over after the first punch. Better get back into training for the next event (and maybe don’t go so hard next time).