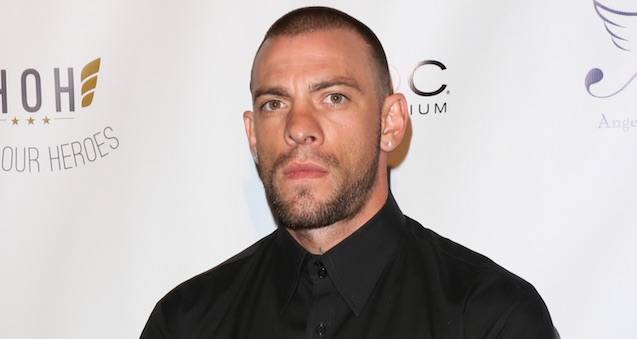 That’s all she wrote.

I kinda think that if you’re an MMA fighter then you probably shouldn’t use the fighting techniques that you’ve learned through years of training on random drunk people that have bumped into you at the bar and should probably save them for self defence or when you’re actually fighting another MMA fighter in a competition, but then I guess not everyone is Joe Schilling.

Schilling was hanging out at a bar somewhere over the weekend looking like a tough dude when he pushed some guy who was obviously a little bit wasted out of the way as he was going back to his seat. The guy kinda asked him why he pushed him so hard – which I think is sorta fair enough – and before he knew it was knocked out cold thanks to a quick one two combo from Schilling:

This guy definitely had no clue who he was dealing with when he decided to flex on Joe Schilling.

That’s all she wrote. Kinda a dick move when they guy was clearly drunk and didn’t even really step up to him or get in his face and you consider that Schilling is a trained martial artist, but I guess some of these people are super angry and that’s why they become fighters and sometimes it comes out in moments like this. Schilling already looking like he was narced off about something, so it’s probably even worse form from him to go full on postal on this guy and KO him. Guy needs to calm down. Asshole.

Schilling later defended himself saying he was acting in self defence and that the guy was being racist. Not sure if that’s 100% true but I guess there’s no real way to question it unless the guy comes forward and gives his side of the story. We’ll see if he does I suppose.

For more of the same, check out UFC legend B.J. Penn getting brutally knocked out in a street fight. Bit embarrassing.