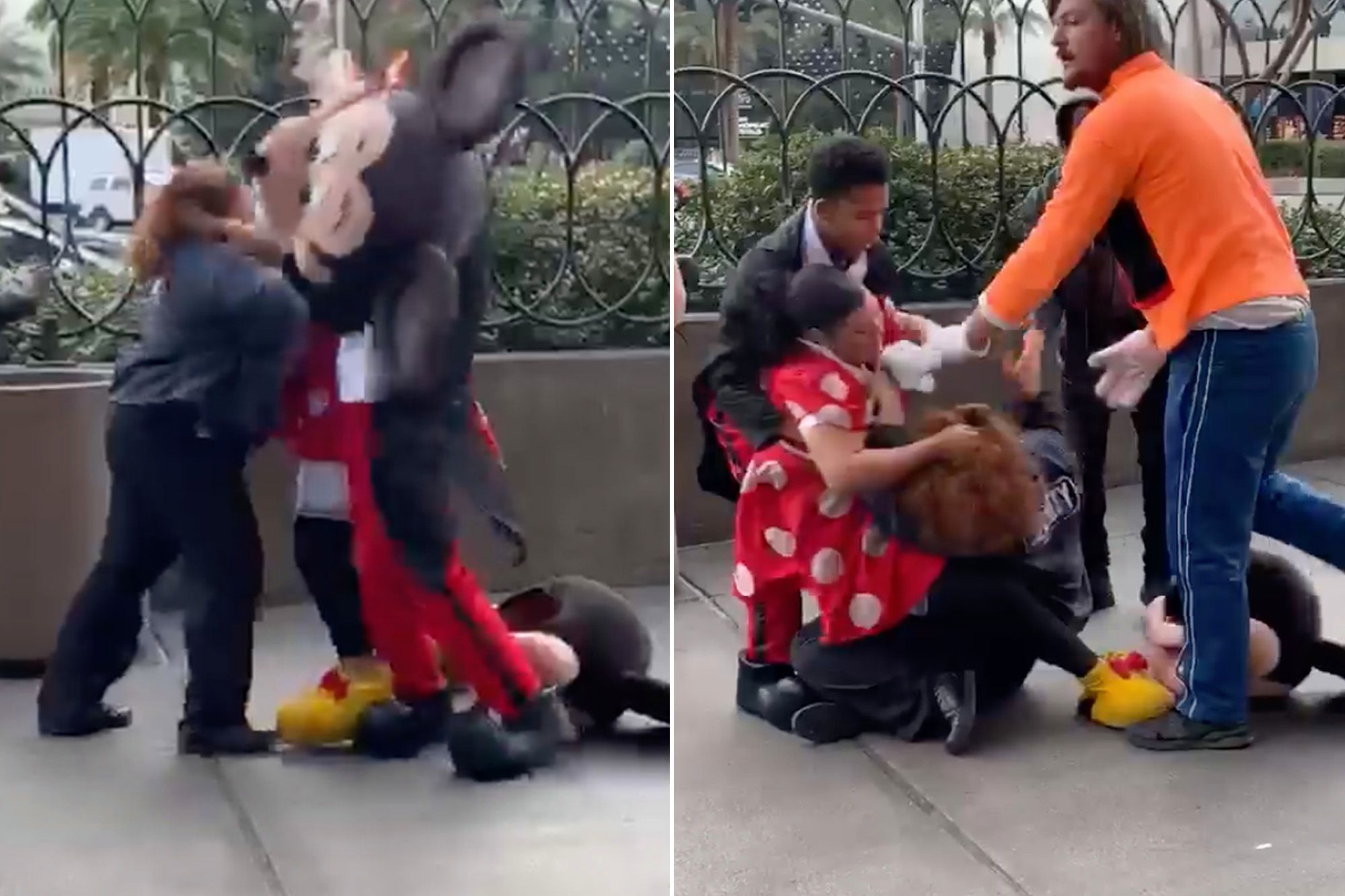 You won’t see this on Disney+.

One thing you do not do in life is mess with someone who walks around in a hot, sweaty costume all day for minimum wage, even if you’re a security guard who thinks they can boss people around and always get away with it.

Gotta laugh at Goofy just standing there watching while Minnie Mouse yanks this poor lady around by the hair and pummels her on the ground:

I take back that previous minimum wage comment because just scrolling through the comments on Disqus and someone provides some context which reveals Minnie Mouse doesn’t even have a permit to be out there:

Well no wonder she’s so pissed – she’s just trying to pocket some change and this security guard is getting in her face and asking her to move along.

No doubt Walt Disney will be rolling in his grave.

To watch the Easter Bunny beat the absolute crap out of someone during last Easter weekend, click HERE.