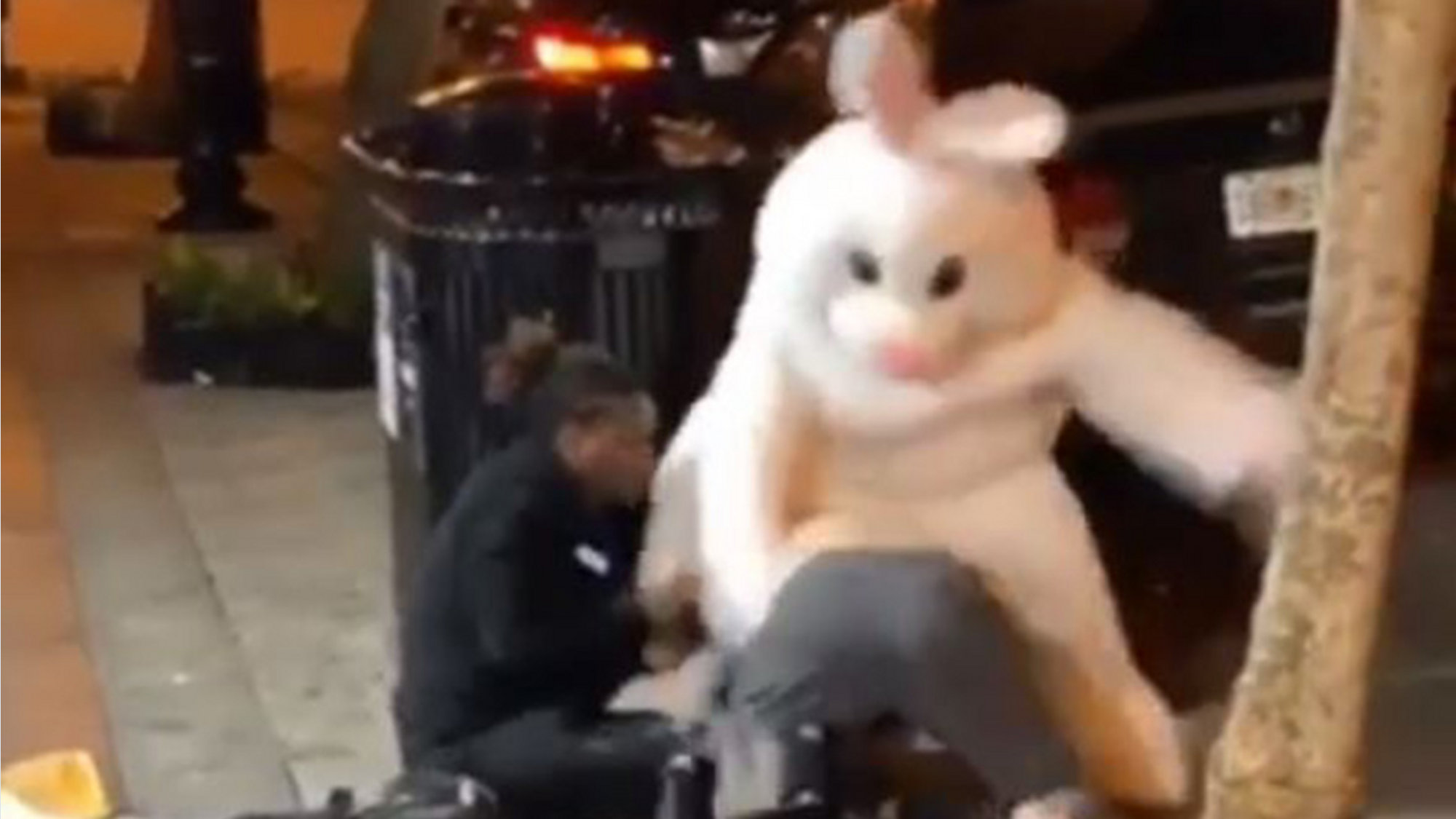 Heads up to anyone thinking of ever starting a fight during Easter weekend – the Easter bunny is not fucking having it and he proved that by making an example of two troublemakers over in Orlando, Florida the other night.

He saw two guys battering each other in the middle of the street and hopped on over to crack their heads like a couple of Easter eggs:

Would say how mental it must be to turn around and realise you’ve just been jumped by the Easter bunny but then again this is Florida we’re talking about so it’s probably nothing too out of the ordinary. Big up the Easter bunny saving the day in the name of JC.

For the time Superman beat up a homeless alcoholic in Las Vegas, click HERE. Mismatch of the century.