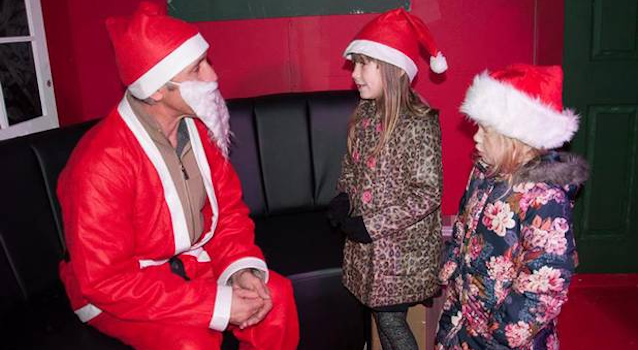 It’s being described as the worst event ever and there are multiple reasons for this which we detail in this post.

When you’re a little kid, going to Winter Wonderland and meeting Santa Claus and going on all the rides and generally having a blast is one of the most fun and looked-forward-to times of the year. Only if you went to the Milton Keynes Winter Wonderland on Saturday then your hopes and dreams would have been well and truly dashed as it’s being described as one of the worst events ever and was forced to shut down after only one day in operation. There are a multitude of reasons why. Here they are:

1. The Santas Were The Most Unprofessional And Lame Santas Ever

Every little kid dreams of sitting on Santa’s knee and hearing him say ‘Ho Ho Ho, what do you want for Christmas then little man?’ and then actually receiving that on Christmas Day and thinking that this old dude actually did come through. Every kid loves that.

Unfortunately for the kids visiting Milton Keynes’ Winter Wonderland, not only did it cost £6 to meet Santa Claus, Santa Claus was also wearing one of the worst outfits ever – one mother described it as if it had come from Poundland – and barely stayed in character, with one parent overhearing Santa having a conversation with an elf about whether the elf should dress up as another Santa as well to satisfy the demand to see him. The conversation took place in front of the children. Real smooth there guys. The Santas were all really young too, which isn’t exactly what you generally associate with Santa Claus is it?

Here’s the direct quote from one unhappy customer:

‘While we were in the Winter Wonderland, Santa briefly appeared from the grotto. Unfortunately, his beard was falling down and you could see his normal clothes underneath his costume…. To add insult to injury a discussion between the elves and a friend of the security team took place directly in front of us and our children about this friend putting on a santa outfit to help out — as it appeared they were also short of a Santa or two’.

Below are a couple of pictures that illustrate just how crappy the Santas actually were. It’s kind of unbelievable that the organisers actually thought that these costumes were acceptable and that children would like them. One guest explained that her three year old son refused to go to near the Santa Claus, exclaiming that it wasn’t ‘the real Santa Claus’. Ouch. The kids were also given really crappy presents and I’m not even talking little cars or action figures or anything, I mean REALLY crappy – just some colouring pencils. Budget. 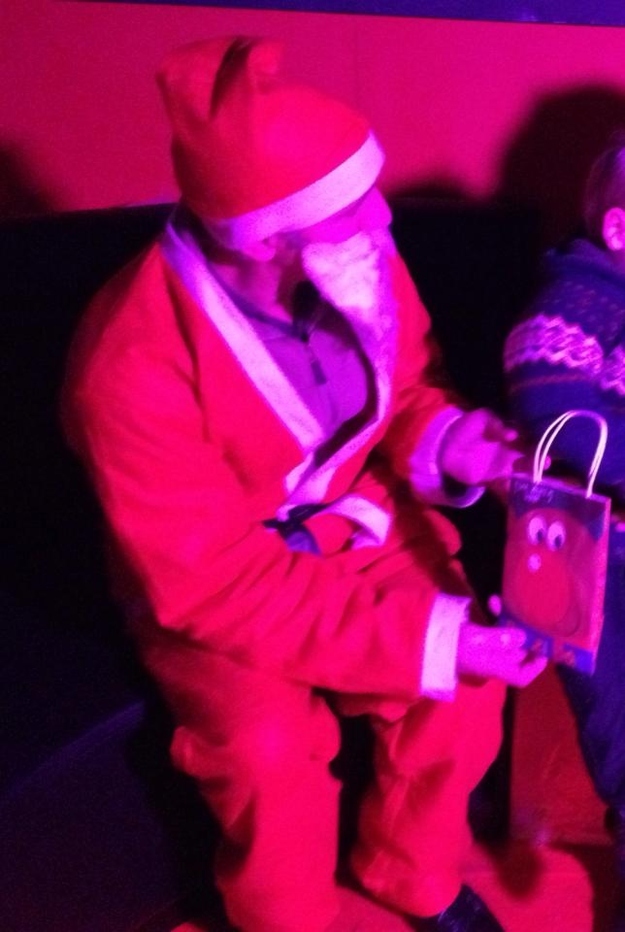