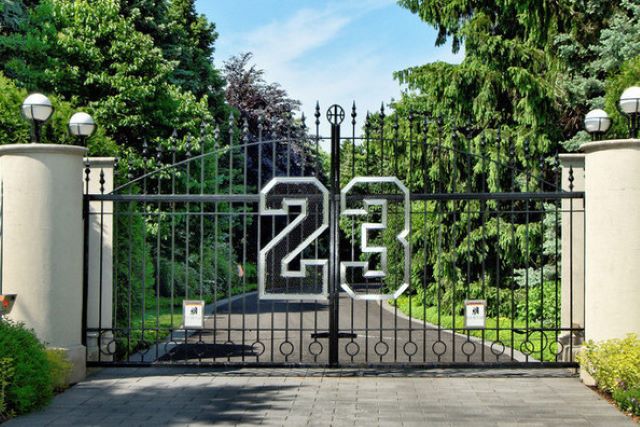 Back in 1991 – the year he won his first of six NBA championships with the Chicago Bulls – Michael Jordan purchased this monstrosity of a home for $2 million before listing the 7-acre property on the market for a whopping $29 million in 2012.

One year later, the price fell to $21 million. It was then relisted for $16 million after failing to attract enough interest. Jordan then dropped the price again to $14.8 million.

Even with the massive success of ‘The Last Dance’ in 2020, the home still hasn’t found a buyer. Which is pretty shocking considering how awesome the place looks:

You’re telling me there isn’t some super rich Michael Jordan/Chicago Bulls superfan out there who wants to drop $14.8m on Michael Jordan’s Bulls-era mansion? You’d think at least one of them would be crazy enough to splash that sort of cash, but apparently not. Michael Jordan, who is worth $1.6 BILLION by the way, just cannot seem to get any offers for the place. How soon before he slashes the price again?

Yeah OK it would probably be a bit weird to move in and have a massive ’23’ on the gates and referenced all around the property, but that’s nothing a few more thousand dollars can’t fix. Maybe MJ should just give it to one of his kids or rent the place out for bachelor parties or something?

Anyway, best of luck to Michael Jordan and his estate agent on selling the property. I’m sure it’s been a really tough 9 years for them.

For the skint care worker who inherited a £50,000,000 estate thanks to an unlikely DNA test, click HERE. Quids in!