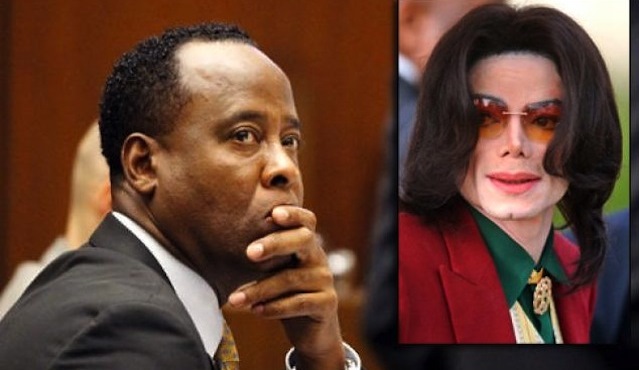 Check out these bizarre quotes from Dr. Conrad Murray – Michael Jackson’s doctor at the time of his passing.

Just so no one thinks that’s a made up headline, let’s start with some direct quotes from Dr. Conrad Murray himself as he discussed Michael Jackson in a recent interview:

“You want to know how close we were? I held his penis every night to fit a catheter because he was incontinent at night.”

“He wore dark trousers all the time because after he went to the toilet he would drip for hours.”

“Michael didn’t know how to put a condom on, so I had to do it for him.”

Murray also said he believes MJ killed himself with an injection of Propofol when Murray had left the room. He also suggests that MJ’s kids have 3 different fathers, and Michael isn’t one of them.

So there you have it, just your normal doctor/patient relationship and nothing weird going on there at all. Do we believe that the King of Pop didn’t know how to put a condom on? Why was Dr. Murray putting condoms on his dick in the first place? Was MJ shagging Dr. Murray? If not, then who? You can’t not ask these follow-up questions, Daily Mail.

Just seems like a weird thing to brag about holding Michael Jackson’s penis every night. He does start by saying “You want to know how close we were?” which is what people say when they’re bragging about knowing someone famous. You want to know how close we were? He text me three times a week! That sounds like a normal kind of brag a normal person would go for, not talking about holding his dick every night. I certainly don’t trust this doc, not one bit.

â˜› Up Next: Someone Re-Created Michael Jackson’s Thriller Video Out Of Lego

Let’s hear it for the King: