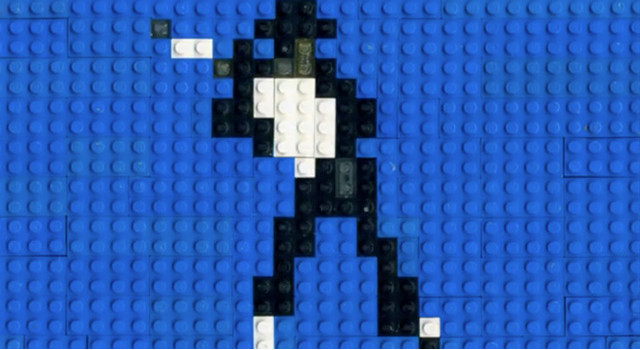 When John Landis directed Thriller I doubt he imagined that someone would recreate it in stop motion Lego.

Thriller is probably one of the most recognisable videos created. It’s spawned many a talent show parody, I can’t class them as tributes, they have to be reasonably good to warrant that. Usually in these the persons involved focus on the song or the killer dance routine.

Annette Jung decided to focus on a different aspect of the iconic video. You probably all know it unless you’ve lived under a rock or been part of a weird cult since 1982. It’s as you’ve probably guessed by the title the scene in which Michael Jackson turns into a werewolf and before all the music and synchronised dancing start.

There are only a few ways this scene could be improved. Unfortunately naked women and explosions wouldn’t really fit in with the rest of the video so the artist went for the only thing that could improve it: turning it into stop motion Lego. Although the video only lasts a short amount of time, I image the work it took was a lot longer. I’d like to see the whole video turned into Lego but I can imagine that would take years. Enjoy the brief part we do have though:’

Here’s the original for your comparison, skip to around 1:55: