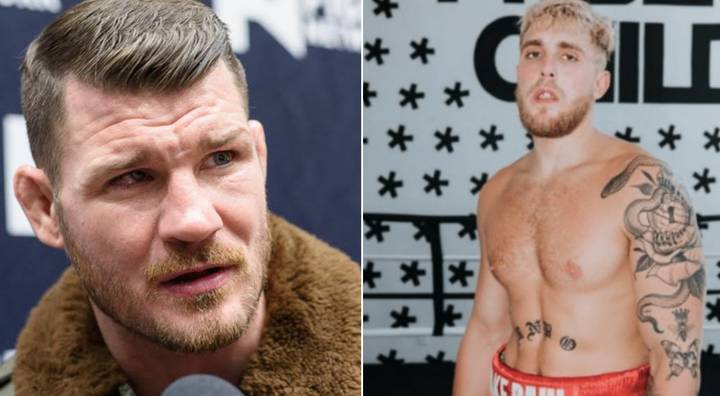 Would love to see this.

I said earlier today that it had been notable because Jake Paul hadn’t made any other stupid videos dissing UFC fighters and/or their spouses, but even though he isn’t saying anything it looks as though he’s still making moves in the background as Michael Bisping revealed that he’s been approached for a fight and more importantly that he’s willing take it.

Bisping was speaking on some speaking on some podcast when he revealed the information in the clip below, saying that if Paul was serious then he was well up for it and he would finish him by the third round. But probably the first:

So Apparently Bisping has been offered a fight against Jake Paul and sounds like he’s up for it pic.twitter.com/AJNSvrFqij

Sounds like he really does want to make it happen and why not? The guy is retired so it’s not like it’s going to harm his career by entertaining this joke of a fight and he’ll probably make some serious cash off it as well.

On top of that, everyone is going to want to see Paul clobber him so he’ll get some serious kudos for stepping in there and doing it. I suppose there’s the small chance that Paul might beat him and that has to weigh on his mind, but even so he’s retired so it won’t be the end of the world for him and he’ll have loads more money as well. It’s a win-win for him – let’s hope it happens.

For more of the same, check out this story about Michael Bisping DJing an underground rave. Like something out of a Guy Ritchie movie.