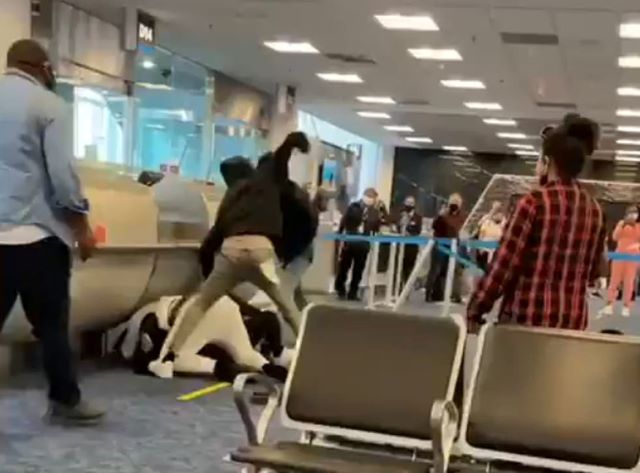 A fight to the death over the last remaining middle aisle seats.

Airports can be stressful. You’ve got endless queues, waiting around, uncomfortable seating, and fairly crappy food options. It just takes one little thing to happen in order to trigger you into oblivion.

Well over at Miami International Airport this past weekend, that triggering incident was an argument over remaining seats on a flight, which resulted in a full on Royal Rumble breaking out:

Welp, great to see the absolute lack of response from any kind of security/police. In a bloody airport! Still, a decent old-fashioned airport brawl which you don’t really see much of outside of America. In fact I think we saw about 4 different brawls there? All fighting to the death for the last remaining middle seats on a plane, presumably.

In the end, one person was arrested for disorderly conduct, so sounds like everyone else got away with it despite the video going viral with millions of views. Big up everyone who got stepped in and got involved to stop the madness rather than just whip out their phones and start filming… not.

For the schoolgirl who got stabbed during the 4/20 gathering in Hyde Park last week, click HERE.