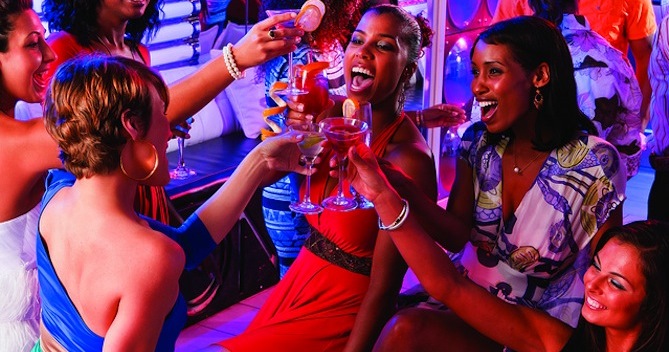 This men’s rights activist went to court over the preferential treatment of hot women in nightclubs… and lost.

A judge has ruled that a man’s human rights were not violated by a New York nightclub that made him buy a $350 bottle of vodka to gain entry, while hot young ladies were getting in for free all night. 66-year-old Roy Den Hollander claimed he was the victim of age and gender discrimination and said “They’re doing the same thing they did in the Deep South back in the 1950s. Having to buy a $350 bottle of watered down vodka — that’s the ‘sitting in the back of the bus’ for us.”

“There’s no justice for guys in this day and age”, he continued, as he revealed he’d brought other cases of male oppression to the courts before and lost every time. “I’ve come to the conclusion that whenever I go into court and I’m fighting feminist ideology or political correctness, I’m going to lose”, he said. 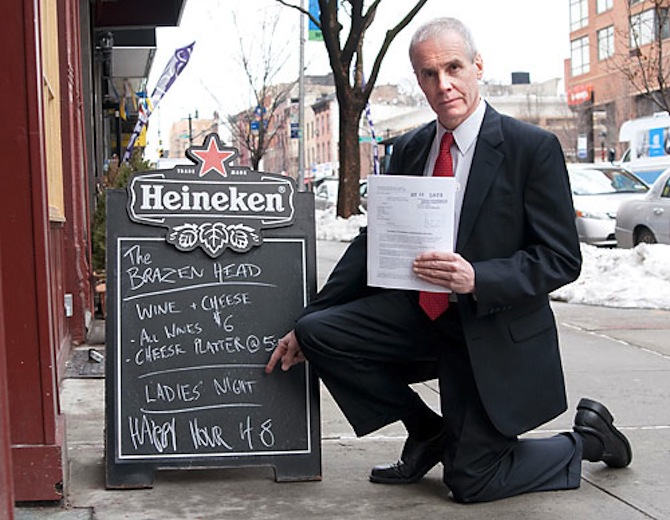 Is Mr. Hollander a modern day William Wallace or just a bit of wally? He’s sick of having to buy bottles of vodka at 20 times the cost and who can blame him? Sick of watching hot girls in their 20s walk right into clubs and drink for free while he has to wait in line and bribe his way in.

â˜› Next: Say No To The Metrosexual Man

It doesn’t even matter that he lost, or that he loses all the time. Sometimes you have to lose in order to raise awareness of the overall injustice. Just like his Rosa Parks analogy – she wound up in jail, he winds up losing all his court cases, but his losses will echo through the annuls of time and in a hundred years or so when men are truly free we’ll have Mr. Hollander to thank for it. A true freedom fighter willing to sacrifice his time so that one day our grandsons will be able to walk into nightclubs for free and not feel obligated to spend stupid amounts on bottles of vodka.