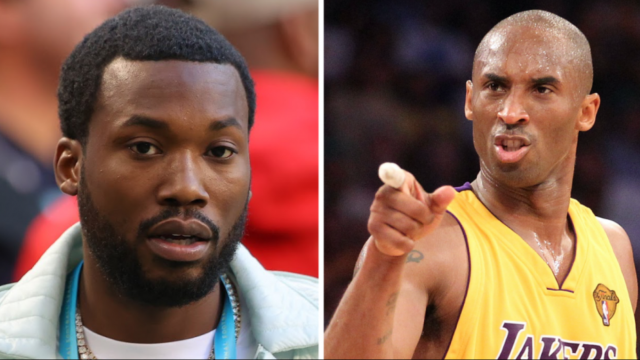 What is Meek Mill thinking?

A few days ago Meek Mill had the full support of the entire internet when he squared up against Tekashi 6ix9ine outside a club in Miami, but it’s all gone to pot after a snippet of a Meek Mill collaboration with Lil Baby leaked online earlier.

There was only a brief snippet of the song shared, but the internet was not happy about this particular Meek Mill lyric:

And if I ever lack I’m going out with my choppa it be another Kobe / Sh*t I can tell they ain’t never know me.

Yikes. What the hell was Meek Mill thinking? Anyone with a functioning brain could have told him exactly how that lyric was going to go down – like a lead balloon.

It’s not even the fact that it’s “too soon”. The guy is trying to make a metaphor about himself being so gangsta that he’d fire his choppa (automatic gun) and uses Kobe Bryan’s helicopter crash where children also died to make it sound like a clever double-entrendre. It’s just mind-blowing that he thought people would rate that lyric enough to not get pissed off at him.

Any bar referencing that you went out like Kobe isn’t going to hit and will never be hard. Even in battle rap the bar just won’t be fire. It’s Kobe. Bringing up his death will never be cool.

this is the same Meek Mill y’all are expecting common sense from btw 💀 pic.twitter.com/Mm0iSZNDEq

I don’t understand why @MeekMill would even say anything like this. He definitely a corny ball for that verse. Like who raised you….

Then again, when have rap lyrics even considered people’s feelings? Plus Kobe does rhyme with ‘know me’, soooo maybe he just couldn’t think of another rhyme?

Not to mention somebody had to be the first to bring up Kobe in a rap tune after his death, though maybe not in a way that compares you going ballistic with a gun to a beloved basketball legend and his daughter being wiped out in a helicopter crash. Lesson learned, so long as he’s not all the way cancelled eh?

For the time Meek Mill was roasted for sharing a charitable video of himself telling 6 street kids to split a $20 bill, click HERE. Guy’s not really with it, is he?