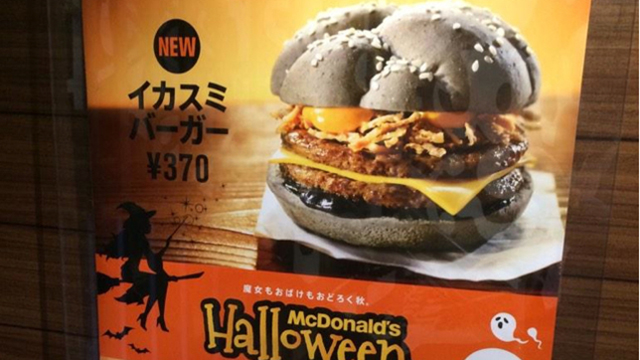 Such a power move.

Just when your brain was coming to grips with the idea of Burger King’s black Kuro burger, McDonald’s in Japan have unleashed the black Halloween cheeseburger which includes two beef patties, yellow cheese, spicy yellow sauce, fried onions and, of course, black buns.

Kind of looks less of a trainwreck than the Burger King burgers, but still what a dick-swinging move for McDonald’s to just rip off Burger King’s idea like that. I guess when you’re a legend in the fast food game you can get away with shamelessly ripping off your number 1 competitor’s ideas.

Or maybe Ronald McDonald was so wrecked when he came up with the idea that he actually thinks it’s his own? It’s possible. Either way, we’d rather munch down on this Pizza Burger.