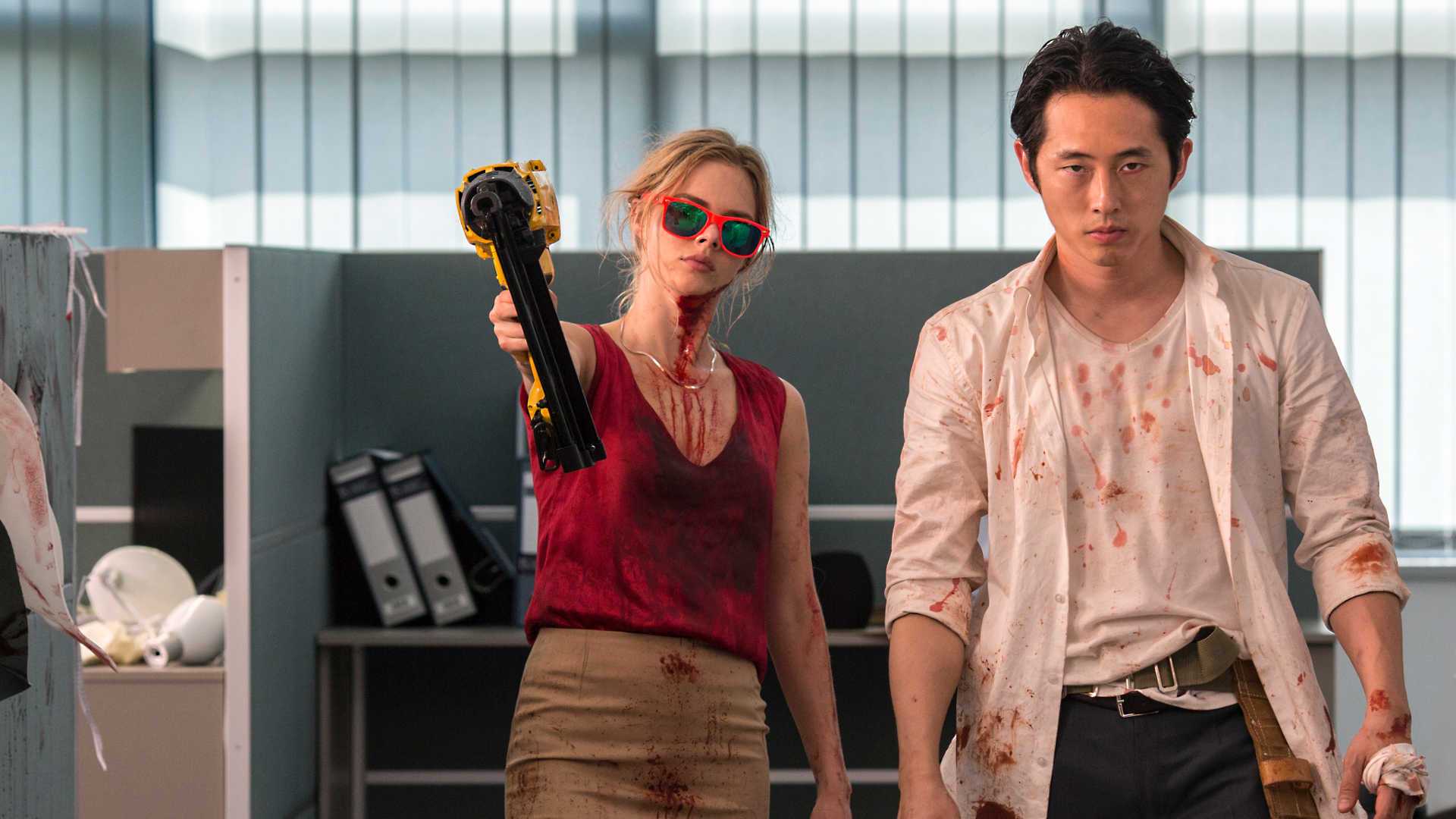 It’s a cross between Office Space and The Purge.

This article is gonna have a pretty bit spoiler for The Walking Dead, so if you’re not up to date with it then don’t read it.

It’s been almost a year since Stevn Yeun departed The Walking Dead in memorable fashion, getting his brains bashed out by Negan in the opening of season 7, but that hasn’t led to the demise of Steven Yeun’s career alongside it. Yeun has been going from strength to strength in movies and his latest effort looks like it’s going to be a real hoot – and Rotten Tomatoes is backing that up too with a 100% rating.

The film in question is called Mayhem and it tells the story of Derek Cho, who is having the day from hell when a colleague at his corporate law firm frames him and causes him to get fired. Things go from bad to worse though when a rage virus spreads through the building and Derek finds himself quarantined with his former colleagues. You can probably guess where this is going:

Looks like a real roller coaster ride right? I’m not really sure what the virus does or what Stephen Yeun is attempting to do when he’s locked in the building with the rest of the company except possibly kill them, but it looks like it’s going to be entertaining. You can’t really argue with a Rotten Tomatoes score like that either – this is going to be good.

Unfortunately there’s no official released date for Mayhem in the UK just yet, but with all the sick reviews it’s getting I doubt it’s going to be too long before someone realises what they need to be doing and get it released over here.

For more of the same, check out the trailer to The Void. The darkest and most demented horror movie of the year.