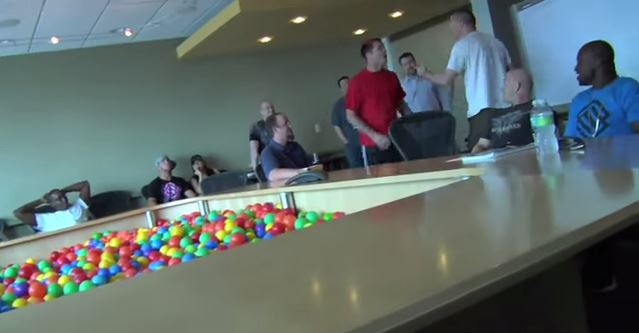 Anyone who’s read our rundown of the most disturbing video game-related deaths ever knows that some people are best kept away from any kind of gaming console, especially someone like Mayhem Miller and especially when they’re a part of the actual game itself.

This video is actually from a few years back but is doing the rounds again this week. Here’s what happened when Miller realised his skill rating on the UFC game was below what he expected:

Oh, turns out he was just messing around and isn’t actually going to murder everyone in the room – what a joker! I guess it’s impossible to get truly angry in a room where there’s a giant ball pit in the middle of your desk.