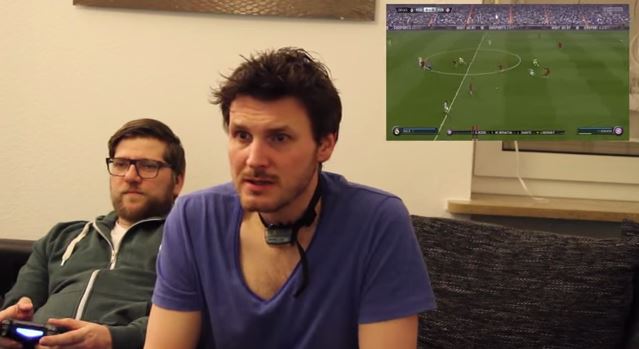 What a genius invention.

As anyone who plays FIFA, Mario Kart or pretty much any other video game will attest — there’s no rage like video game rage. It’s a wonder then how it’s taken so long for someone to invent the anti-rage shock collar — demonstrated by this German dude playing FIFA below. Every time his voice hits a certain volume, he gets automatically zapped:

Have to say this guy doesn’t even register on the rage scale I’ve witnessed while playing FIFA. But maybe that’s down to the fact he knows he’s got an anti-rage collar on.

Quite sure this FIFA rage quitter would have electricity coming out of his eyes by the end of it.