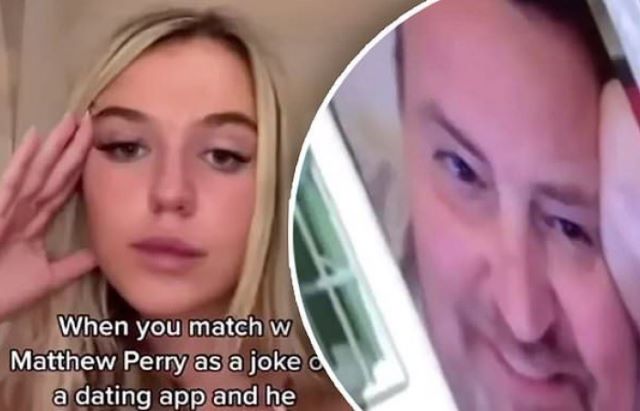 Could this BE any more embarrassing?

You’d think Friends star Matthew Perry has been in this game long enough to not leave himself open to humiliating predicaments, like for example being caught chatting up a girl 32 years younger than him on a dating app.

And yet, that’s exactly what’s happened this week as TikTok user @kittynichole shared a video of 51-year-old Perry lying down with his head propped up his elbow, asking her in a flirtatious manner, “Do you always play with your hair this way?”

Wow, cringe city. Yeah OK it’s all perfectly legal and this girl is a bit of a dick for recording their interaction and sharing it online, but like I said – how does a guy who’s been famous for so long not see this coming a mile off?

The girl in the video, Kate Haralson, told PageSix that she wanted to show how older men in Hollywood are ‘taking advantage’ of younger women on dating apps. Pretty sure you can set age parameters on these dating apps so not sure why she didn’t just put that to use if it were really an issue. Sounds like Matthew Perry got hook, line and sinkered on this one.

A lot of people were saying I’m a bully and mean for posting this, and it made me feel kind of bad, but at the same time, I feel like a lot of guys in Hollywood are talking to all these young girls and it’s something that I think a lot of people should be aware of. 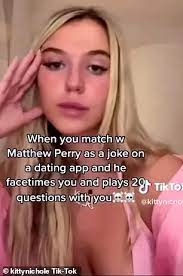 Haralson, who said she ‘never even really watched Friends,’ claims that Perry asked her at one point, ‘Am I as old as your dad?’. She says she told him he was only about a year older than her father, which he ‘laughed off’. Bit creepy – no denying that.

This comes just days after Ben Affleck went viral for a similar video after matching a woman on the same dating app. Maybe best these celebs stick to meeting people in the real world for now.