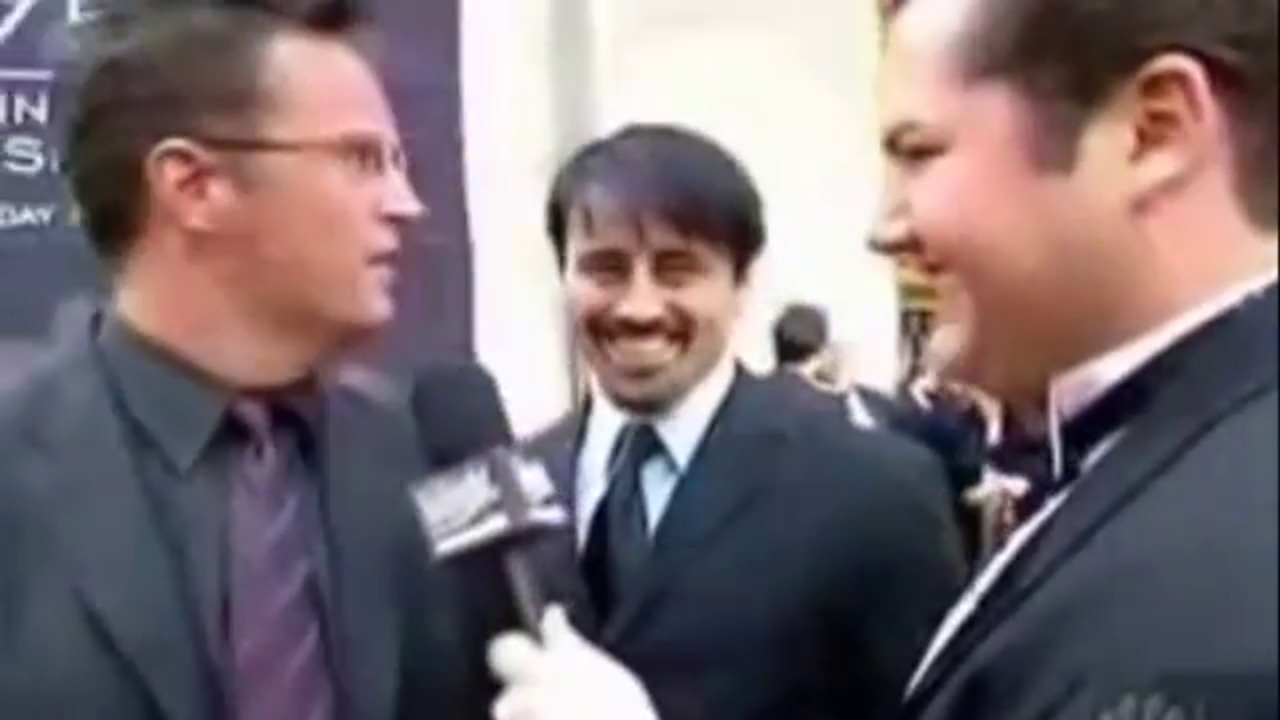 Could you BE any more rude?

Back in 2002, NBC threw a 75th anniversary party where a guy named Ross Mathews (now a judge on ‘Drag Race’) took a job interviewing celebrities on the red carpet.

When he tried to have a chat with Matthew Perry & Matt LeBlanc, AKA Chandler & Joey off Friends, things got brutally awkward for the young journalist:

Yikes. To be fair the guy was pretty annoying (and that finger snapping thing was pretty rude in itself), but it was still pretty mean of Chandler & Joey to boy him off like that. Especially Matthew Perry who seems like he’s a little bit gassed up off his own fumes there – I guess ‘Friends’ was still the #1 thing on TV at the time.

Well Ross Mathews has recalled the mortifying incident in his new book ‘Name Drop’, along with an anecdote revealing that Matt LeBlanc (Joey) apologised to him when they ran into each other at the SAG Awards 15 years later.

Ross explained that Matt told him:

I don’t know if you even remember this, but years ago you interviewed me on a red carpet and I was really rude to you.

It’s bugged me ever since and I’ve always wanted to apologise to you.

It wasn’t cool of me to do that to you. I’m sorry.

Very cool gesture from LeBlanc who always seemed like a sound dude, so I’m not surprised he felt bad about the incident even 15 years later. Ross also points out that Matthew Perry hasn’t apologised for being such a dick, but maybe he will when he finds out Matt LeBlanc has made him look bad by being the sensitive, integrous Friend.

Or maybe it’s because he’s done so much coke since that he’s completely forgotten about it altogether. Was probably yay’d up during the interview itself to be fair.