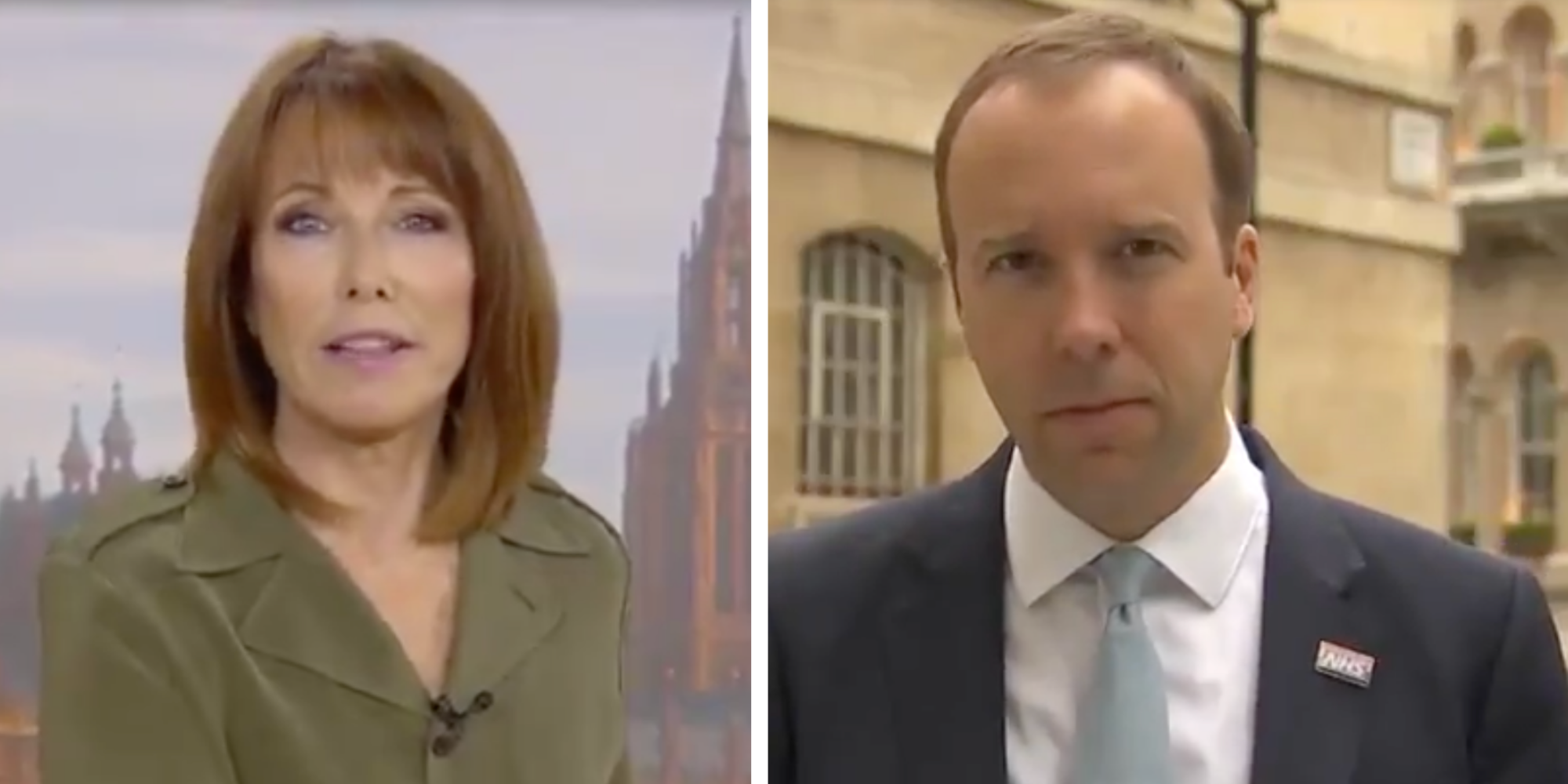 This shouldn’t really be news by now with the current government in charge and the Trump administration in power over in America, but I still find it fascinating how politicians can just straight up ignore questions from reporters and just talk about something else if they don’t know how to answer or what the correct response should be.

Today we’ve got Matt Hancock talking to Kay Burley on Sky News about Tony Abbot’s proposed appointment as the UK’s new trade envoy, when she asked him what she thought about Abbot’s previous misogynistic and homophobic comments and whether a man who spoke like that should have a position in the UK government. You can probably guess how Hancock chose to a newer the question:

“Tony Abbott is a homophobe and a misogynist”

Lol, good one pal. Love the way that he’s fully focussed on stopping a second wave and clearly doing a great job on that so he doesn’t have any time to think about Tony Abbot’s character or personal beliefs – let me know how that works out in a couple of months. Given his track record it shouldn’t be too difficult.

The thing about this interview is that Burley seems like she’s giving Hancock the chance to come up with an answer that might in some way be able to justify Abbot’s appointment or maybe make him appear like he isn’t some bastard robot with no regard for most of the people he’s ruling over, but he just can’t seem to say anything relatable or compassionate or anything. I know this shouldn’t be that surprising, but again, it still gets me every time.

Won’t be the last time either and in all honesty will probably be forgotten in less than a week when something dumber comes up. That’s life now.

For more of the same, check out when Matt Hancock called Marcus Rashford ‘Daniel’. So completely out of touch.