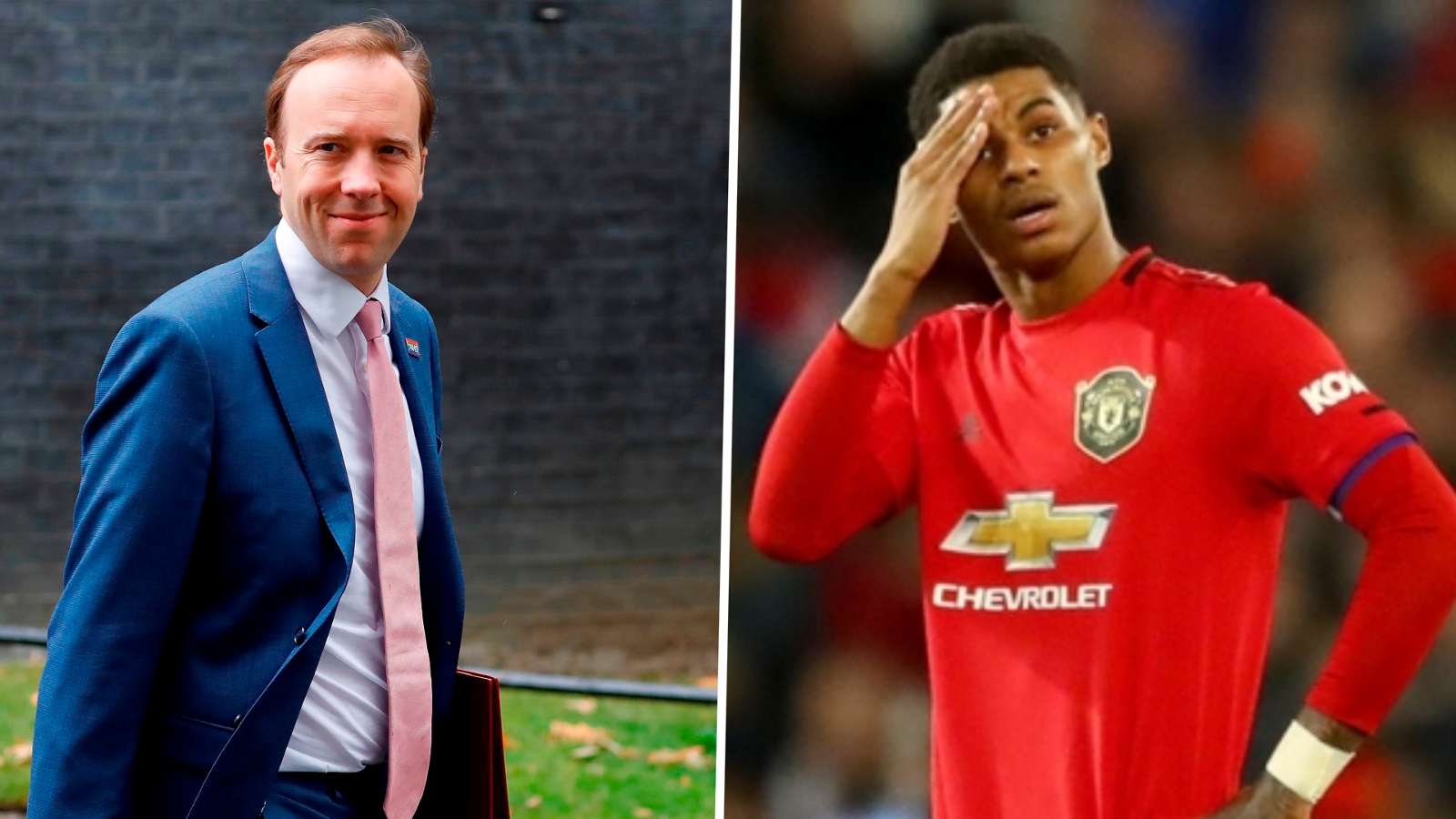 Another day, another ridiculous slip of the tongue from a member of the government as Health Secretary Matt Hancock failed to know the name of the Premier League footballer who had forced them to make a spectacular U turn on free school dinners for children during the summer holiday.

Even if you didn’t know the name of Marcus Rashford before yesterday, it seems highly unlikely you could have missed it after his campaign went viral and he succeeded in making the government eat their words – literally everyone was talking about it, everywhere you looked. However, Matt Hancock still couldn’t get his name right when he was interviewed this morning to talk about it:

Ugh. What an absolute moron Can’t decide if he’s actually so stupid that he got Marcus Rashford’s name wrong or if he did it deliberately to try and undermine his achievements here. Either way he comes across as a knob. Clearly doesn’t think it’s terrific news either – who is he trying to fool?

Hancock later apologised, blaming it on being too early in the morning and having been watching Harry Potter too much – Daniel Radcliffe you see. Totally believable excuse there. Crazy to think a politician might have to get up early every now and again and know what he’s talking about. Or have to time to binge Harry Potter during a global pandemic. You get what you pay for I guess.

Marcus Rashford didn’t really seem to give a shit though when Piers Morgan talked to him on Good Morning Britain later on though – and why would he? Man literally just took on the government and won, so if they have to resort to getting his name wrong to try and diss him then it’s just gonna make them look even stupider isn’t it?

Go on Rashford. Now watch him either a) score a hat trick against Spurs on Friday or b) have his leg broken by Eric Dier. Only two options.

For more of the same, check out Matt Hancock getting brutally shot down by Piers Morgan. Tool.