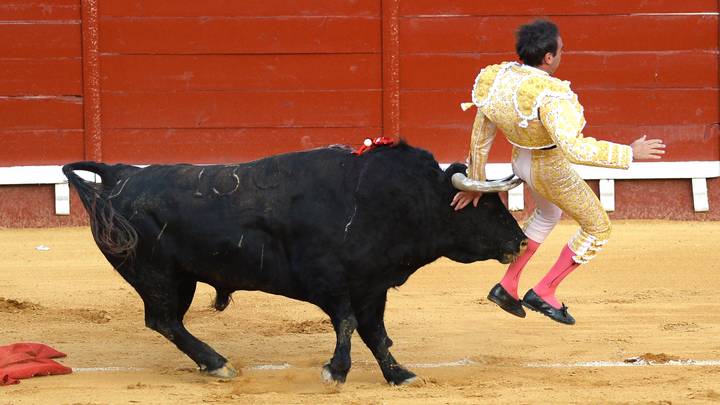 It’s good to see that people are all over the world are getting back to doing the really important things in their lives following the lockdown as bullfighting has started to resume over in Spain. Sure it’s a great idea for everyone to pack into a massive coliseum to watch some guy murder a bull – sounds like a really essential activity.

Anyway, it looks as though one of the matadors got what was coming to him at the recent fight at the El Puerto de Santa Maria bullring in southwest Spain. Enrique Ponce stabbed the bull in an effort to kill it, but it ended up fighting him off and goring him in the butt which looks kinda painful from the picture above.

He then had to lie down on the floor in order to protect himself which is a great picture that illustrates the reversal of power in their relationship. You gotta love that. 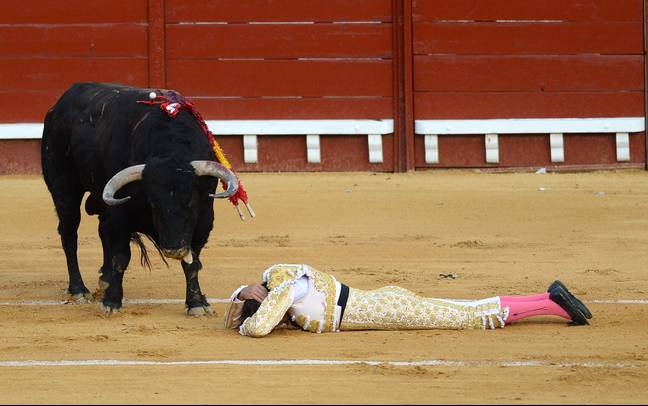 Amazingly, Ponce wasn’t even injured in the encounter so I can still make fun of him which definitely wouldn’t have been the case if he had been injured or even killed. Still, surely this is just another illustration of why bullfighting is a terrible idea and should be stopped immediately? Literally neither the bull nor the matador ends up coming out of it well and more often than not one of them is dead or suffers from horrific injuries. What’s the point?
For more of the same, check out this matador’s bullfighting debut that did not go to plan even slightly. NSFL.