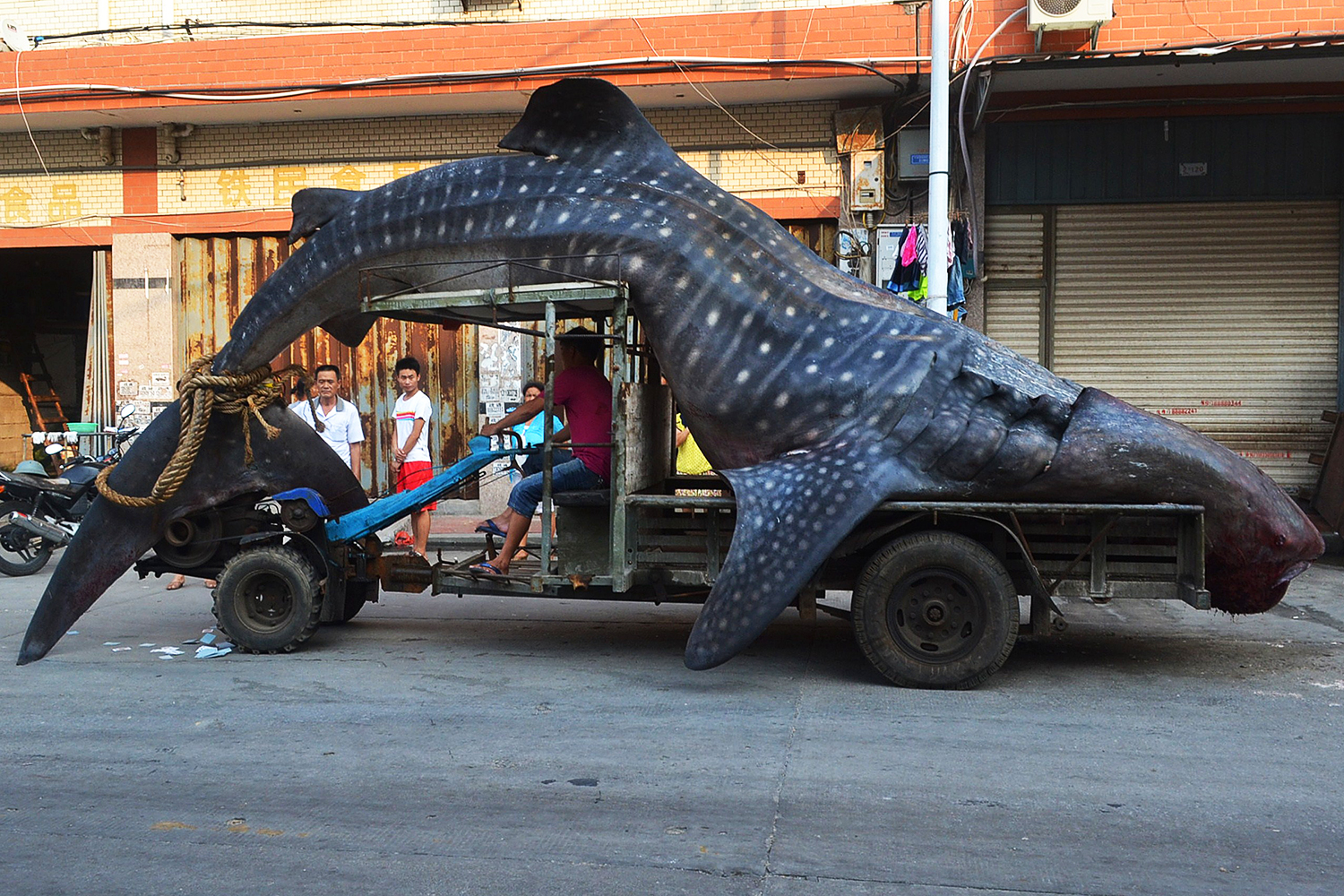 What’s that? A 2 tonne whale shark being paraded through the streets of China? Oh good. Business as usual then.

All sharks are pretty amazing, but whale sharks have to be the most impressive. When you watch footage of them swimming effortlessly through the ocean they look incredible, but it’s only when you see them out of their natural habitat that you get a proper feel for their huge size.

The footage below comes from Fujian Province in China where a local fisherman accidentally caught the behemoth. Apparently the whale shark got caught in his nets, couldn’t free itself and eventually died in the struggle. At least, that’s the story. It’s illegal to catch the protected whale shark, although the law is pretty loosely abided by in China as you might imagine.

The fact that it was an illegal catch certainly didn’t stop the fisherman selling off large chunks of its meat at “charity” prices. Fair enough though, it was only going to go to waste, and who can say they’ve ever tried whale shark?

This has to be the lucky fisherman’s biggest catch to date, what a monster. The specimen was taken down to the local fishing department for a closer inspection and below is the footage of that surreal journey. 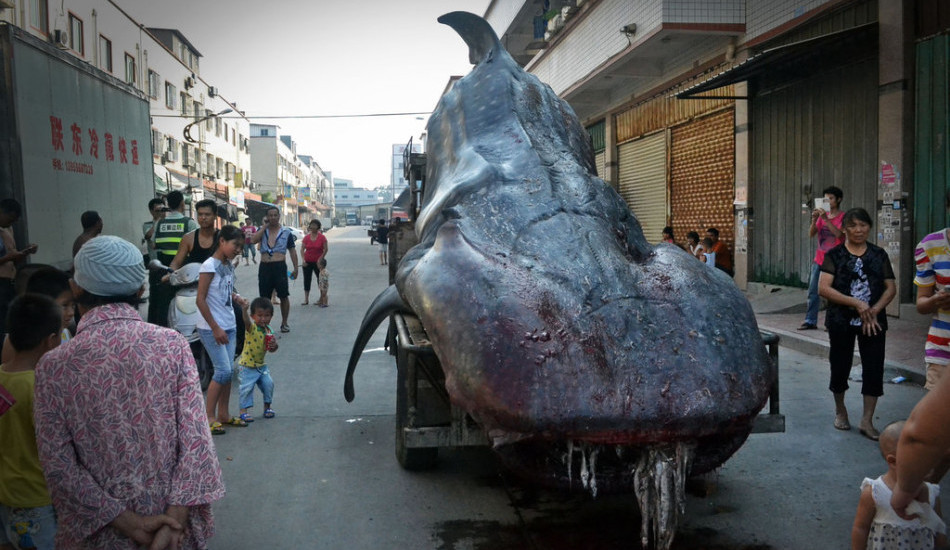 Whale sharks aren’t actually whales, they’re fish, but they’re the biggest fish in the ocean. At their peak they can reach up to 13 metres in length, so this isn’t even one of the biggest around.

It makes that 700 lb hammerhead shark look like a tiny little baby, doesn’t it?