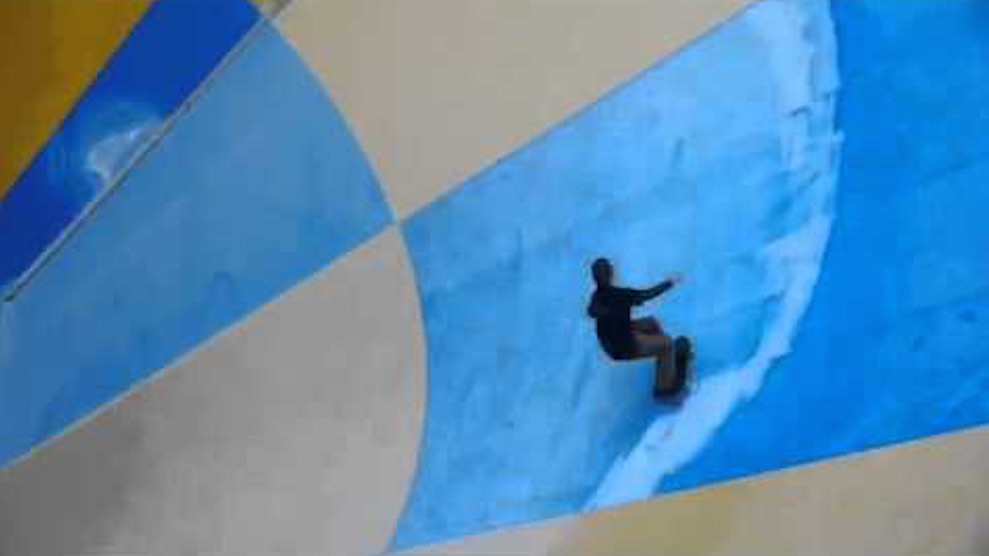 How has nobody thought of this yet?

Given how skating often goes hand in hand with trespassing and messing stuff up and generally being a badass, I can’t believe that nobody has done anything like this before.

It basically involves Marky Clements going to a water park that is closed for the winter – so there’s no water – and proceeding to skate one of the biggest slides there. It looks like one of those ones where you go down in a rubber ring and go up and down the half pipe whilst spinning round and round – which is obviously awesome – except he’s on his skateboard and getting some mad air, and also managing to pop a trick.

Absolutely sick – my only question is why the hell hasn’t he filmed a whole part there yet? Surely it’s crying out for someone to do that as a next level skate video?

It kind of reminds me of when Tony Hawk did a horizontal loop the loop on his board recently.