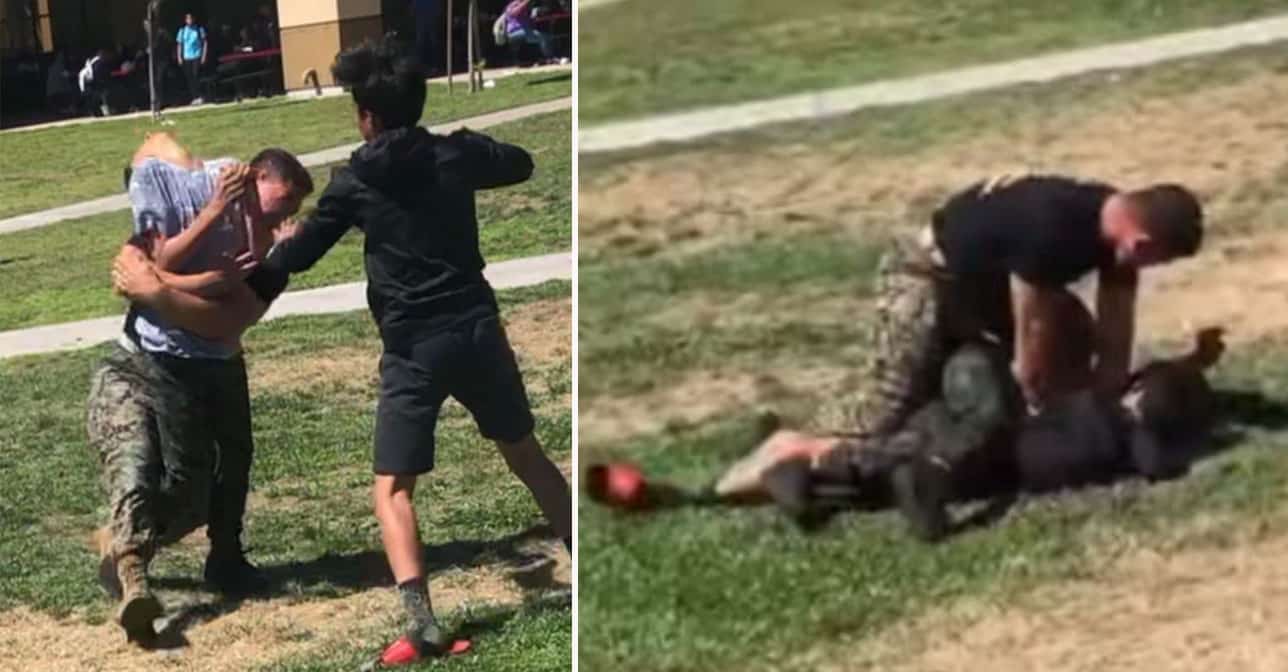 This video going viral right now shows two students at Edison High School in Stockton, California beating each other up, before a Marine security guard, identified as 18-year-old Josue Valdez Sarmiento, comes through with a double spear that ends the fight in an instant.

Bill Goldberg would be proud (Via Rare.US):

I don’t think the marine could have been any more up for that if he tried. I mean he couldn’t get there fast enough and when he did he completely demolished both those students and very possibly broke the first kid’s back or gave him some solid whiplash at the very least.

Come to think of it, it was pretty out of order. There’s a fair one-on-one fight going on and this guy comes in with unnecessary brute force where he’ll probably just say he was doing his job, but he legit could have killed them both with that impact. Cool video though – will give him that.

For awesome footage of US marines on a smoke break getting a rocket fired at them and instantly getting into a firefight, click HERE.