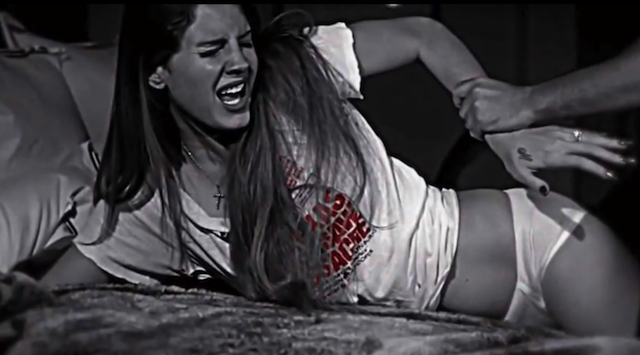 Marilyn Manson has come out and denied having anything to do with this video.

A year ago Marilyn Manson – who shockingly is still actually relevant and kind of famous even though it’s 2014 – told Larry King that he had just finished shooting a music video with Eli Roth and that it was so sick and twisted that once it was finished they literally locked it in a vault so that it would never see the light of day.

Thing is it’s 2014 and somebody was always going to find that footage and stick it up on the internet which is exactly what happened. You can see the video below but be warned it’s pretty messed up and features a man firing an automatic weapon on a suburban highway, a bloodied woman being drowned in water and most shockingly of all Lane Del Rey being raped.

Interestingly, Marilyn Manson has come out and denied having anything to do with this video, claiming that it must have ben a fan made video to one of his songs as he’s not actually in the video at all. Given that most of his music videos are focussed on him and he seems to embrace controversy this might actually be true. The fact that the video doesn’t actually feature a Marilyn Manson song too is another sign that it isn’t real, although you have to wonder where the hell a fan managed to get footage of Lana Del Rey being raped though?

It’s a shame Johnny Depp wasn’t involved in the video in some capacity too given his recent exploits with Manson.