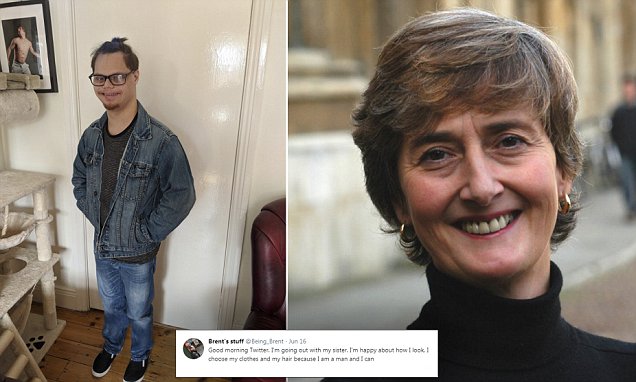 Director of Studies for Philosophy at Oxford university, Marianne Talbot, is apparently so sensitive about gender issues that she was triggered by a harmless Tweet from a young man with Down’s Syndrome.

Talbot is getting roundly slammed for her “disgraceful” behaviour after suggesting Brent (@Being_Brent) was a sexist for merely Tweeting “I choose my own hair and clothes because I am a man.”

Here’s how the exchange went: 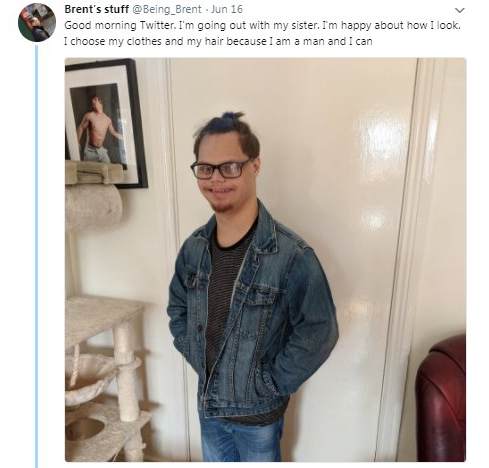 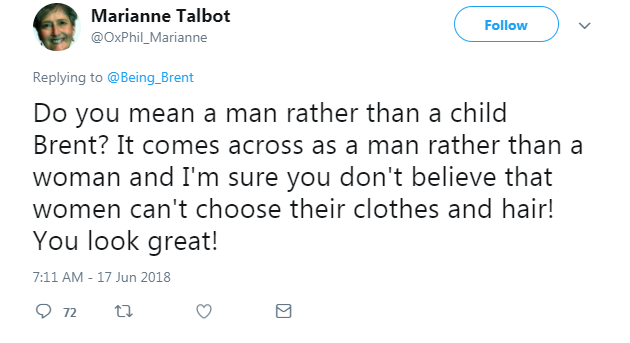 It’s very important to him as an adult with DS. It’s never man v woman. Ever.

I was going to give the brainy Oxford uni don the benefit of the doubt and say that maybe she didn’t realise she was patronising a Down’s syndrome kid, but I mean, it’s pretty clear from the photo that Brent has Down’s syndrome, isn’t it? 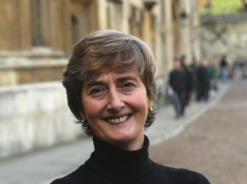 It’s morons like Talbot who don’t stop and think before going on their SJW crusade that give rational, regular feminists a bad name. Do better, Talbot!

To watch another bunch of mental feminists dump a bottle of urine on a (female) reporter’s head for disagreeing with their opinions, click HERE.