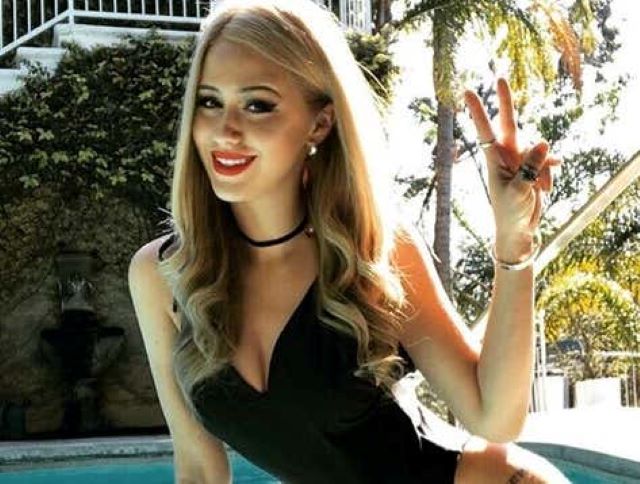 A star is born.

The story dominating the news today involves Trump lawyer and former NYC mayor Rudy Giuliani being secretly filmed with his hands down his pants in a hotel room with 24-year-old Borat actress Maria Bakalova.

Despite the imminent release of Borat 2 on Amazon Prime this Friday, Rudy Giuliani is insisting that Sacha Baron Cohen did NOT “get him”, and that he was merely tucking his shirt in and not tugging at his penis or whatever the footage implies:

(1) The Borat video is a complete fabrication. I was tucking in my shirt after taking off the recording equipment.

At no time before, during, or after the interview was I ever inappropriate. If Sacha Baron Cohen implies otherwise he is a stone-cold liar.

Speaking of the hot blonde – here’s a closer look at Maria Bakalova:

According to MailOnline, Bakalova graduated from film school last year and is now embarking on a career in Hollywood, where it looks like she’s gotten off to a pretty solid start, even if honey-trapping Donald Trump’s buddy isn’t exactly what you’d call a conventional acting role.

She also made a solid appearance alongside Borat on Jimmy Kimmel earlier this week:

So whatever the footage reveals when Borat 2 drops tomorrow, one thing’s for sure – a star has been born. Sacha Baron Cohen is about to turn this girl into a superstar! Shit, her involvement in all this may even have an influence on the US Presidential election next month. That’s not bad going for someone who is just getting started.