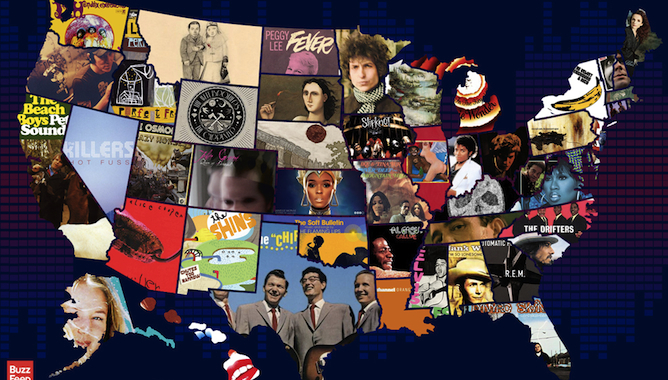 This infographic shows you the most critically acclaimed artist from each state and puts their album covers on each state on a map of America. It’s cool and pretty interesting too.

I’m really into rock music – especially American rock music – and maps and infographics so this is pretty much perfect for me. It was made by Hunter Schwarz and Chris Ritter over at Buzzfeed and it displays the album cover of the most critically acclaimed rock star from each American state in that state on the map and it looks great. I had a real good time scouring the map trying to figure out which artist was from which state and just which album cover was actually being shown. Considering I don’t really know where a lot of artists are from – except that Slipknot are from Iowa, I got that one obvious – it was pretty difficult, but also pretty interesting as it really opened my eyes to the different styles of music that are found all over the United States.

The map was created using data from some website called Acclaimed Music which crunches and compiles best of lists to determine critics’ general consensus. That sounds like kind of a pointless website because the whole point of art and music is that people will have different opinions on it and this inspires debate, but I guess without it we wouldn’t have this infographic so I should be thankful for it. It probably would have been better though if they had just compiled it on sales though because compiling it by critical acclaim is really weird and doesn’t even really mean anything, even if you’re using a fancy website to get the data.

Check out the map below and there’s a list of each artist and the album cover used below it too if you can’t get them all. Pretty much guarantee you won’t be able to by the way. You can click on the map to make it bigger BTW. 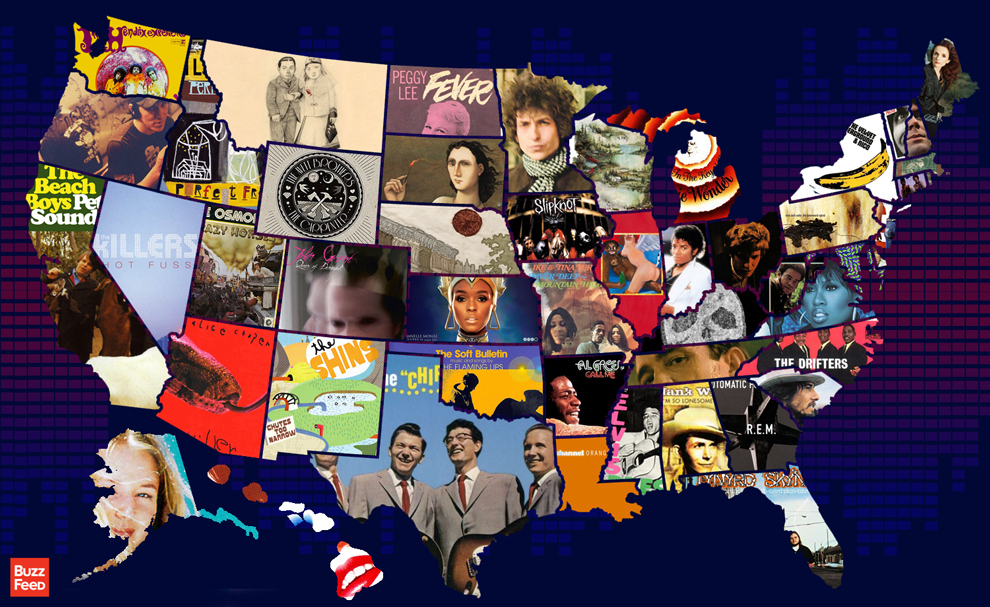 Born in Mount Olive, Ala.

Grew up in Homer, Alaska.

Went to high school in Phoenix.

Born and raised in Wilmington, Del.