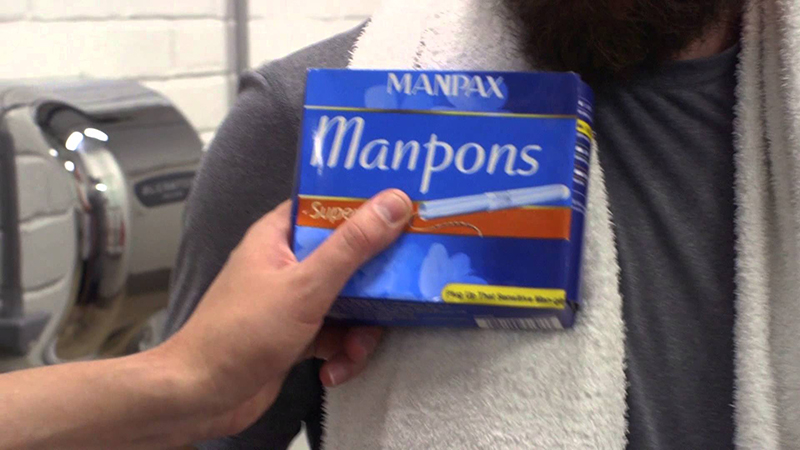 This is absolutely spot on.

WaterAid UK created a coupe videos called “If men had periods”, depicting a world in which men need “manpons” to deal with their monthly cycles.

If men had periods they would be considered a sign of virility, men would brag about them on Facebook, #imonmyperiod would probably trend regularly on Twitter, and tampon adverts would be fronted by celebrities.

Don’t know about any other dudes reading but if man periods were a thing I would be all over these Manpons. They really look like they work wonders for those dudes especially in the first ad where the guy is just bristling with confidence. I’d put a Manpon inside me to feel like that for sure.

Just as long as that crazy Chilean lady doesn’t collect them all afterwards to make more gross NSFW tampon art.