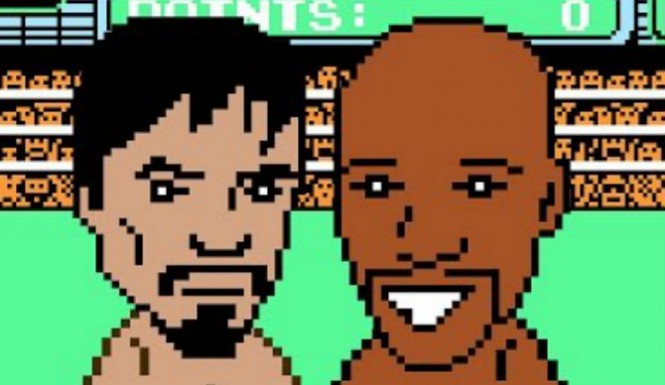 Apparently this was made BEFORE the fight went down and it’s still spot on.

We all watched the ‘fight of the century’ on the weekend and we got what we expected. Everyone’s complaining that it was a boring fight but at the end of the day we knew it would be, because at this point it was all about the build up and celebrities and Pacquiao and Mayweather cashing in a ridiculous amount of money to muck about for 12 rounds. You saw how they were hugging and cracking jokes with each other all night — they were more like business partners making a killing than fighters trying to kill each other.

Anyway, someone made a Punch Out version of the fight and it’s a pretty accurate retelling of what went down:

Nailed it. Apparently the Noober Goober Gaming crew actually made this video BEFORE the fight took place, which is ever more hilarious.

If you’re looking for a fight where the competitors are actually going to try and hurt each other, check out Connor McGregor Vs Jose Aldo in a couple months.