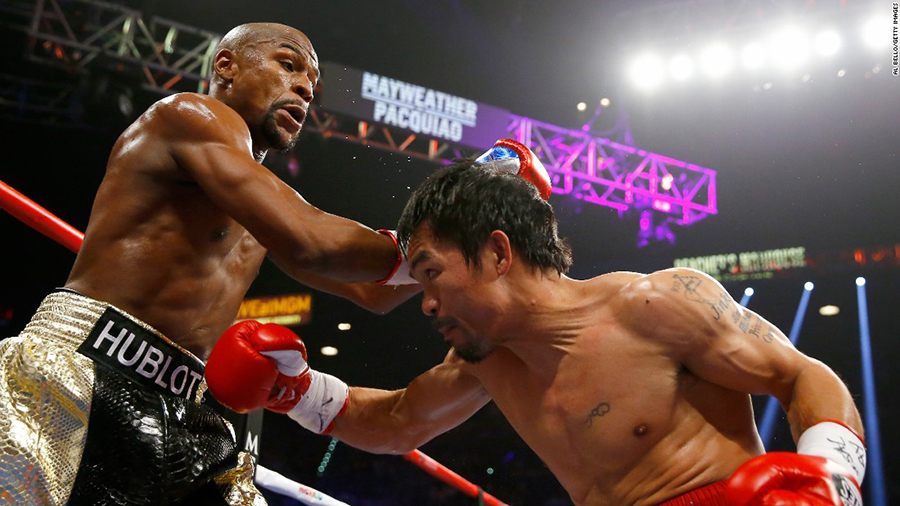 Remember when boxers used to actually hurt each other?

We waited 5+ years for something that we all knew was going to happen — a Floyd Mayweather victory via unanimous decision. Floyd might not be the best or most entertaining fighter around but he showed last night/this morning that he’s the best boxer. His defence was on point as always and he was able to dodge and defend and get his sneaky punches in all night long. Manny was swinging all night but were any of his punches landing? Barely. Let’s hope they do a rematch so we can all sit through the exact same thing all over again.

As for the suggestions that Pacquiao should have been declared the winner — well, as much as we’d love that to be true, the numbers don’t lie: 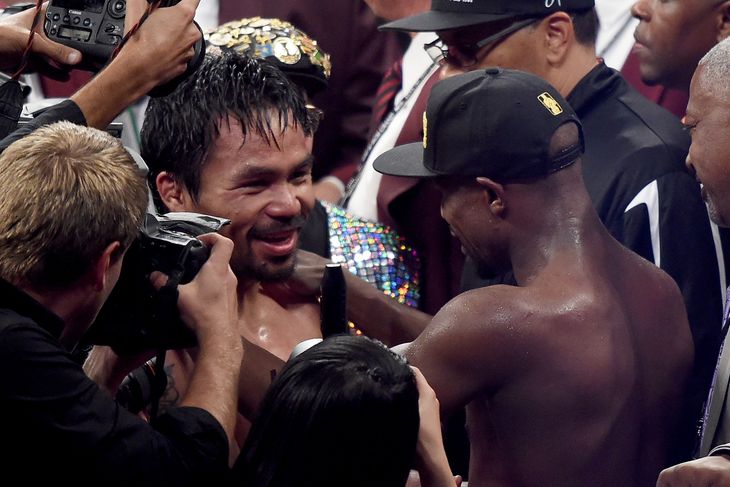 So yeah, pretty clear win for Mayweather there if we’re looking at it on paper. But another modern day boxing match where the fighters don’t even really end up hurting each other that much.