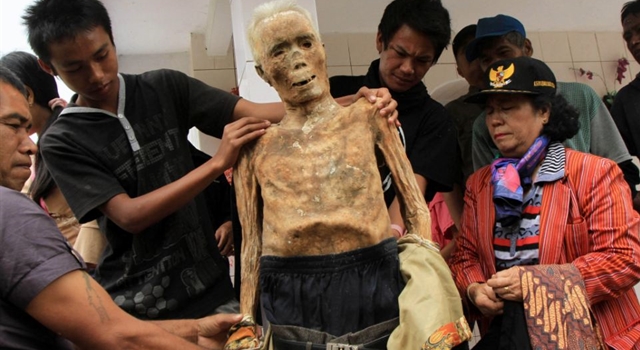 The Toraja people of Indonesia occasionally bring out their dead, dress them in snazzy clothes and parade them around. No, I’m not joking.

Hold onto your hats, this is a weird one, even by SC standards. Let me take you to the Toraja region of South Sulawesi in Indonesia for a moment. It’s home to one of the oddest rituals I’ve come across for a while. Once every three years, the people of this secluded province carefully unwrap their dead, dress them in clean clothes and parade them around the village.

It’s a zombie movie in real life, except the zombies aren’t at all animated and certainly won’t take a chunk out of your arm. There’s a lot less screaming too. The peoples of Sulawesi wash their dead, groom them, pop them in their Sunday best and take them for a walk. It’s called Ma’nene and it seems pretty weird to us, but to them it’s seen as a show of respect and proof that their ancestors are not forgotten. 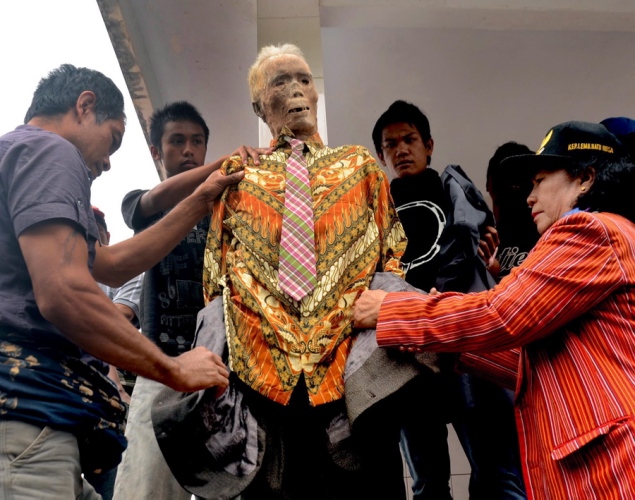 We have a pretty warped and hidden view of death in the opulent west, so this sort of showy exhibitionism sticks in our throat a bit. It seems bleak, morbid and deranged. But I suppose that’s because in the West, the mighty, mighty West, we don’t ever have to deal with the reality of death in our daily lives. Yes, everyone knows someone who’s died, and/or had relatives die, but we don’t see it daily. Computer games don’t count. 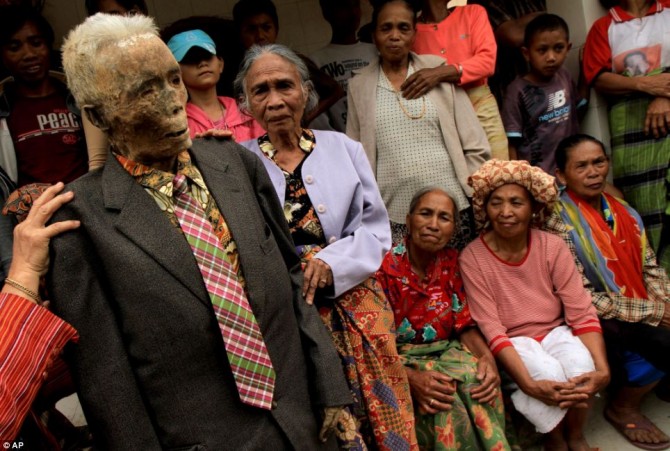 I mean, in Indonesia, if you want pork, you kill a pig. If you want beef, you kill a cow. Over here, we just nip down to the shops and buy a neatly cellophaned portion of corpse. We’ve sort of lost touch with the process I think? Maybe that’s a good or a bad thing, I don’t know.

These pictures show the mummy of Piter Sampe Sambara, a man who died 80 years ago. Nuts. 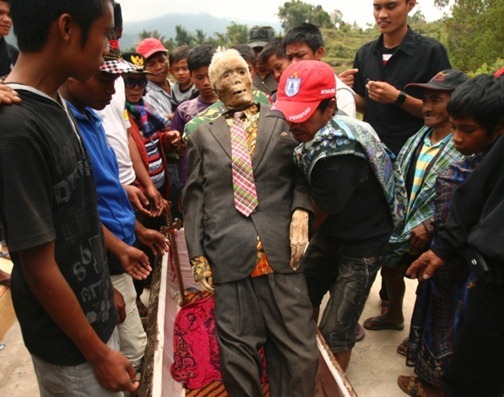 More pictures on next page: