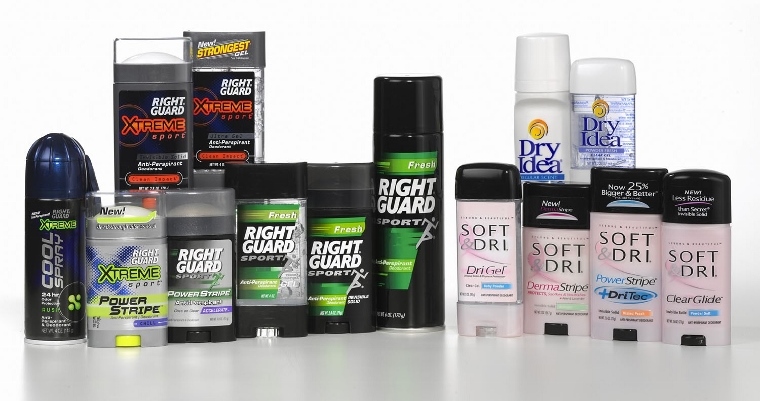 This woman is a weird beast and shows us all how to do it properly. She’s addicted to eating deodorant and eats up to 15 sticks of the stuff every month.

We all have one of those people who hang around us and are the self-proclaimed ‘weird guy’ out of the group. I say hang around because that’s what they do. They’re hardly ever invited out but, coincidentally, they bump into you in the pub and sit/stand by you all night and follow you around while you’re trying to get completely out of your head but all you can hear is them mumbling on about something completely boring like them being promoted in work or walking in on their parents shagging or downloading the next Tulisa porno that wasn’t even made or how many tins of spaghetti hoops they can eat one after the other. It’s all bullshit and horrible to listen to – I’d rather listen to my banjo-string snap again – but they keep on telling you all this stuff because this is their time to shine, baby, their chance to show you how weird they are by telling you really uninteresting shit about their dull life because they reckon they’re weird and because you did something really weird like washing your armpits in period blood when you were 13, they still think you’re weird and they think you’re the gateway to your group of friends and you’re the key to their future social fulfillment. But they’re wrong because you can’t stand them and wish they’d just fuck off.

The thing is with these people is that if they ever came face-to-face with a real weirdo, they wouldn’t know how to act. Say, if they met someone like Tom Cruise they’d probably bubble up, melt and sail away down the drainpipes because Tom is a proper weirdo who no-one really knows how to handle and everyone sorta avoids just in case he passes on his leprosy to them. Perhaps I should ask Tom if he fancies a pint or something because then I wouldn’t have this fucking weirdo following me around anymore because Tom would shit him out. It’d be easy enough to get rid of Tom, too. I’d just show him this picture. 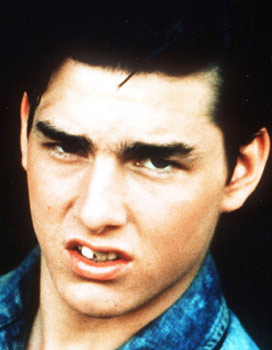 So, yeah. What I’m trying to say is that there’s proper weirdos and these people who for some reason think it’s a pretty chirpse move to tell people they’re weird and force their brains to fart out these stupid concoctions that are not weird at all but just make them seem as intelligent as a Tesco carrier bag. However, I’m about to open your whole world up as I’m gonna show you someone who is actually very weird and is the sorta person who actually belongs in a secure unit.

Where’s she from: New York.

Why’s she weird: She has an addiction to eating deodorant.

Nicole is 19 and has been eating deodorant since she was 4 and now eats up to 15 deodorant sticks a month. She claims her life ‘revolves around eating deodorant’, much like a cigarette habit I can imagine, and that her brain tells her she ‘has to eat it’ and when she tried giving up for a week she got ‘really sick and had bad headaches.’

What’s even more strange is that she’s often left with stomach cramps that make her periods feel like eating cheesecake and is left with a dry mouth from her obsession with the stick. She’s been warned by doctors but she’s still going strong and will definitely die before she’s 30 if she keeps this up.

Welcome to the weird world of Nicole, the deodorant devourer:

â˜› Another Addiction: Addicted To Beatboxing: Beating The Habit