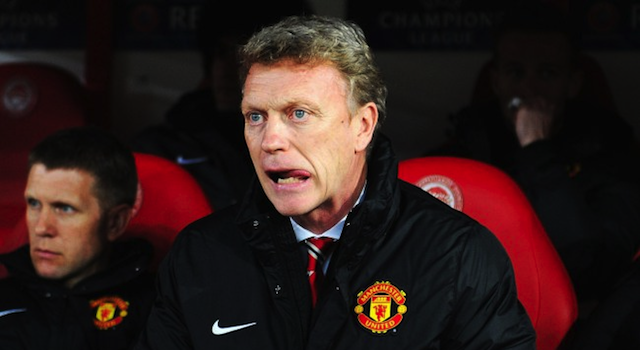 Maybe this explains why Manchester United have been doing so badly this season.

There’s a rumour going around Old Trafford at the moment that Daivd Moyes has walked away from the Manchester United hotseat and been replaced by a lookalike who used to work as a groundsman in the ground. David Moyes has swapped roles with him and now spends match days standing around looking bored and making sure there isn’t any crowd violence.

Of course, he probably would have been able to ensure this wasn’t the case if he had stayed manager and actually inspired his team to victory for once, but instead he chose to take the easy way out and head to the stands himself. Only time will tell whether this was the right decision or not.

Check out the evidence below:

Moyes even tried being a steward for a bit last night just in case his head rolls pic.twitter.com/SxXO6LWS1Q